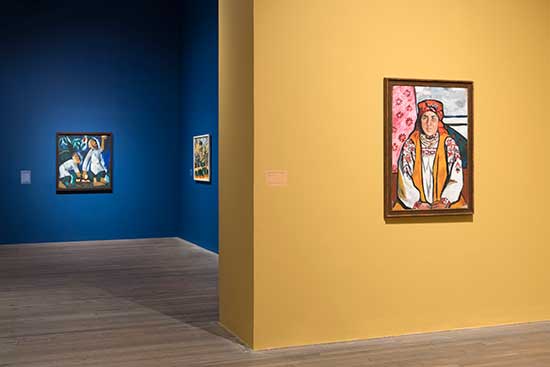 Cutting Edge: Modernist British Printmaking
19 June To 8 September
This summer we shine a spotlight on a brief but intense period of inspirational printmaking during the 1930s, with the first major show of work by artists from the Grosvenor School, including the teacher and artist Claude Flight and his students Sybil Andrews, Cyril Power, Lill Tschudi, William Greengrass and Leonard Beaumont. 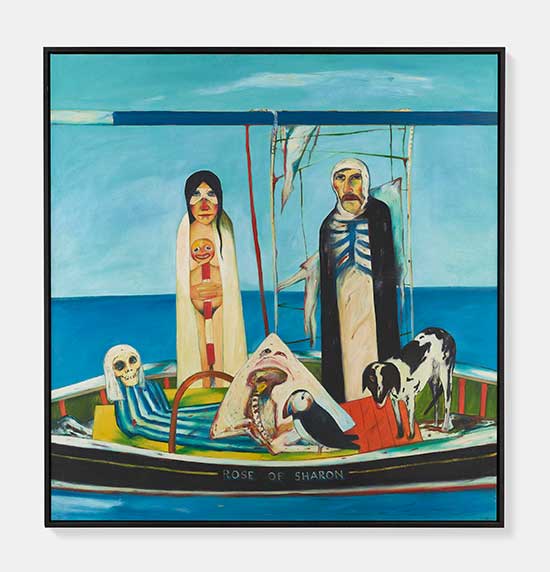 Rose of Sharon (1973) by John Bellany, at the Newport Street Gallery

John Bellany and Alan Davie: Cradle of Magic
To 1 September
‘Cradle of Magic’ brings together two giants of twentieth-century British painting: John Bellany (1942–2013) and Alan Davie (1920–2014). Born in Grangemouth in 1920, Alan Davie was one of the first British artists to explore Abstract Expressionist forms and techniques. Linked to the Scottish Renaissance movement – a group of poets, musicians and artists who emerged in the first half of the twentieth century. Over a long and prolific career, John Bellany came to be considered one of Britain’s foremost figurative painters.

Kiss My Genders
To 8 September
Spanning the past 50 years, Kiss My Genders brings together over 100 artworks by artists from around the world who employ a wide range of approaches to articulate and engage with gender fluidity, as well as with non-binary, trans and intersex identities. 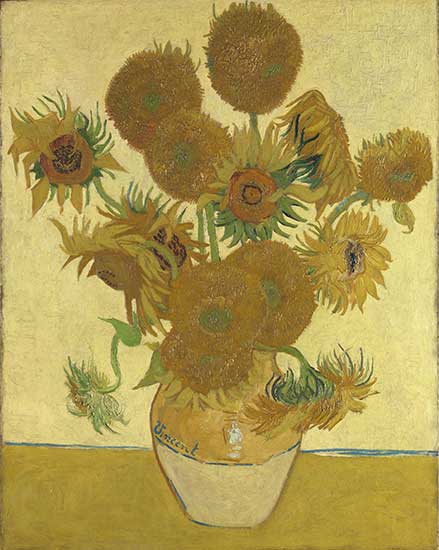 Van Gogh and Britain
To 11 August
Van Gogh and Britain presents the largest collection of Van Gogh’s paintings in the UK for nearly a decade. Some of his most famous works will be brought together from around the world – including Shoes, Starry Night on the Rhône, L’Arlésienne, and two works he made while a patient at the Saint-Paul Asylum, At Eternity’s Gate and Prisoners Exercising. They will be joined by the very rarely lent Sunflowers from London’s National Gallery. The exhibition also looks at the British artists who were inspired by Van Gogh, including Francis Bacon, David Bomberg, and the young Camden Town painters. It shows how his vision set British artists on the road to modern art.

Artist Rooms: Jenny Holzer
To 7 July
American artist Jenny Holzer presents statements that can provoke strong responses. Whether encountered on city streets or in art galleries, Holzer’s work asks us to consider the words and messages that surround us. Her art takes many forms, including stone benches, projections, signs, posters, paintings, plaques and textiles. Words are central to her work, whether pasted on a wall, flickering from an electronic sign, carved in granite or stitched in wool. 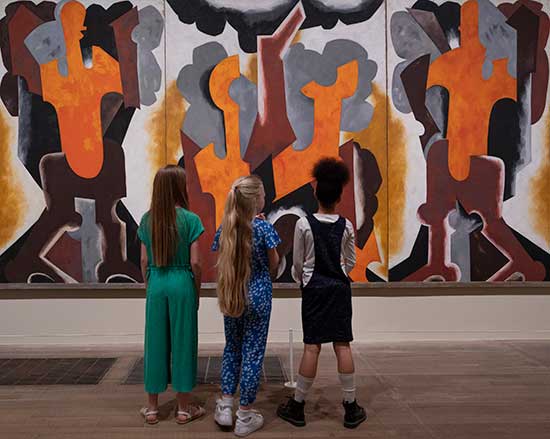 More of the Modernist paintings of Goncharova at the Tate

Natalia Goncharova
To 8 September
Aged just 32 she established herself as the leader of the Russian avant-garde with a major exhibition in Moscow in 1913. She then moved to France where she designed costumes and backdrops for Sergei Diaghilev’s Ballet Russes. Her bold and innovative body of work influenced and transcended the art movements of the 20th century. The exhibition explores her diverse sources and inspirations, from Russian folk art and textiles to the latest trends in modernism and beyond.

Dora Maurer
5 August 2019 To 5 July 2020
Maurer was at the centre of an independent community of artists, poets and musicians that championed their own culture outside of the official Hungarian system during the socialist period. In the 1970s she started to work in photography and moving image, often collaborating with musicians, as well as teaching creative performative workshops. She developed increasingly geometric and abstract drawings and paintings in the 1970s and beyond. The exhibition culminates in a room of her recent paintings, in which overlapping colours create a sense of shapes floating in space..