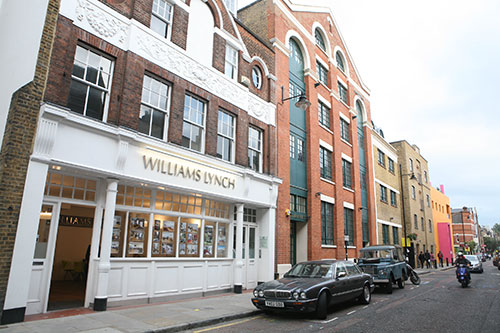 The whiff of hedonism lingers in the air as party-goers stumble under the railway arches spanning Tooley Street to Bermondsey Street.

It was against this backdrop that Mark Williams opened his estate agency on Bermondsey Street in 1998. Fast forward to 2018 and the managing director of Williams Lynch is still working in offices on the street – something he could only have imagined.

“Bermondsey Street in 1998 was in no way the desirable, gentrified location we know and love today. To be honest, it was pretty bleak with hoardings everywhere.”

Mark opened his agency at 90 Bermondsey Street with three staff where it operated until 2007. But only a week into their new venture the office was ransacked by burglars.

“We celebrated our arrival with a drinks launch but the next day I arrived at the office to find half the front door missing and all of our computers were gone. We became familiar with the sound of police sirens and chases up and down the street,” Mark revealed.

Tanner Street Park, today with its tennis courts and trendy French restaurant Casse-Croûte is the antithesis of what it was like in 1998, explained Mark.

He added: “You couldn’t even see into the park. It was pretty bleak. Even down on Bermondsey Square there was nothing – just an open concrete car park where the Bermondsey Street Hotel now stands. I remember the White Cube gallery was just a monolithic, grey storage space until it opened as the trendy art space in 2011.”

Mark knew the street had potential but he admits it was hard to visualise.

“I could never have imagined how the street would flourish, but I knew how expensive and well heeled neighbouring Shad Thames was. We were selling newly refurbished warehouse converted apartments in Tanner Street at £185,000 for 830 square foot. In 2017 the same units sold for close to £1 million. It’s quite incredible!”

The first splash of colour, as Mark describes it, arrived in 2003 when fashion designer Zandra Rhodes founded the Fashion and Textile Museum, which she lives above. The iconic building with its exuberant pink and ochre walls was designed by Mexican architect Ricardo Legorreta and attracts fashionistas and tourists the world over.

Mark started his property career in 1988 in North Kent. When he later moved to an agency on Tower Bridge Road he realised that SE1 was full of intriguing properties and had huge potential.

“I loved the mix of people and property in SE1 and it was a real shift from suburbia. It was a breath of fresh air,” he said.

But it wasn’t his first taste of Bermondsey Street and Southwark. Mark recalled his teen years working on Tanner Street in the 1970s for his father’s business.

“I used to work for my dad during the holidays in The London Microfilm Bureau on Tanner Street. It was such a different place – full of antique warehouses, factories and former tanneries.”

Working in property over the years has been far from dull.

Mark added, “About a decade ago one of my sales negotiators was showing a client around a loft apartment on Wild’s Rents. The client asked if he could wait for his friend before they viewed the property. A car pulled up and out stepped… Kylie Minogue! It was one of those jaw-dropping moments.”

Mark is no stranger to dealing with high profile individuals and celebrities. He has also helped to build a property portfolio for a retail magnate over the past few decades. 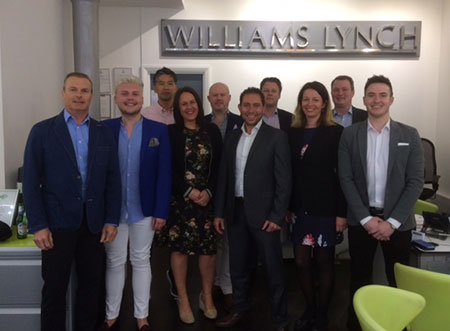 Mark and team earlier this year, heading out for their anniversary meal at The Shard

He continued, “I have been in helicopters over London and flown on a private jet to see Santana in Berlin, thanks to my work with this client. Never in my wildest dreams did I imagine I would be managing property all over the world for my clients after starting my career in North Kent.”

In 2008/9 the credit crunch and recession was a testing time for the property market and Mark’s business was no exception. 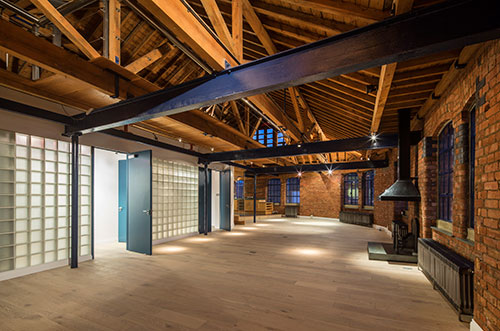 Warehouse conversion apartments like these were selling at £185,000 back in 1998, prices have risen by 500% since then

“We survived by growing our lettings portfolio. It really was an uncertain time.”

Uncertainty is in air as Brexit looms but Mark is remaining optimistic. The agency has been based at 63 Bermondsey Street since 2007, and the team recently celebrated two decades of business in the UK’s tallest skyscraper – the Shard.

Mark summed up his time on Bermondsey Street, “We’ve experienced our highs and lows but building a brand and leading different teams throughout the years has been so rewarding. For an independent estate agency we punch well above our weight. We are honest and transparent and that is one of the reasons for our longevity.”

Bermondsey back in time
Peek Freans was the first mass producer of biscuits and employed over 3,000 people in its time from when it opened in 1866 to when it closed in 1989. It earned Bermondsey the nickname ‘Biscuit Town’.

In 1770, Thomas Keyse discovered a natural spring on land he owned by what is now known as Spa Road. As a result of his discovery Bermondsey became a spa town. The area boomed and in the late 18th century many large houses were built in the area.