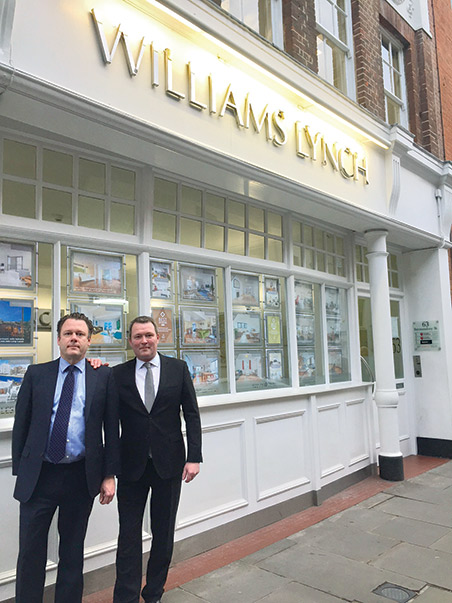 The Barbican a little more than a mile walk from Bermondsey Street, but for property owners in both places the distance between them has just narrowed with the arrival of Alex Miller at Williams Lynch.

The two communities have much in common; just a few decades ago both had mixed reputations and have emerged to become highly sought-after places to live. They both have an intimate community feel with residents impressively proud of their unique locations and both enjoy enviable access to the City on foot.

Of the Barbican, Alex elaborated, “It’s a totally unique place in a very historic part of London. There were originally 2,014 flats in the original Barbican Estate. In recent years, 69 new flats were created on the top three floors of Frobisher Crescent, and 74 flats have been created from converting the former YMCA Building in Fann Street, now Blake Tower.”

He continued with a fascinating insight into the development, “The properties are all categorised into ‘types’ (layouts) on the original Barbican Estate, of which there are over 100. Each ‘type’ was given a number by the City Corporation when the Barbican was built. Some types appear in large numbers in many buildings; some are found only once or twice. Some ‘types’ of apartment are so rare and sought after, they will command extraordinary prices, and this has contributed to a micro market within the development even in these uncertain economic times.”

The idea behind its design, by architects Chamberlin Powell and Bon was to create a residential area within the most badly damaged part of the city of London (which had been almost entirely destroyed during the war). They won the contract to design the Barbican having designed The Golden Lane estate just over a decade before construction of the Barbican began in 1963.

The Golden Lane Commission had been the result of Powell winning a competition in 1951 to design a residential development for residents, as part of the rejuvenation of the city of London. In fact, Chamberlin Powell and Bon all submitted designs separately, agreeing to form a partnership if any of them won. Powell’s design won and they set up Chamberlin Powell and Bon in 1952.

It is clear they took their inspiration from the ruins of the ancient Roman walls, as well as their love and admiration for Le Corbusier, creating a brutalist fortress with walkways in the sky, a concrete statement, rising out of the aftermath of the devastation caused by the bomb damage of World War II. In the centre of this fortress is the Church of St Giles (part medieval) which quite miraculously survived the war having taken a direct hit. The church adds to the character (as well as performing an important role within the development), and is not only an architectural juxtaposition to the Brutalism; it is probably one of the last things one would expect to find within such a unique development.

The sheer scale of the estate is often misunderstood. It amounts to 40 acres and many have no conception of the green spaces and lakes that are hidden within its walls.

As the Barbican has matured the concrete has blended into its immediate surroundings becoming less austere. To many it is an iconic symbol of 1960’s brutalism; the sumptuous gardens and lakes a tranquil haven, far removed from the thriving pulsating financial capital of Europe, promoting a feeling of relaxation and tranquillity. This is perhaps the reason for the Barbican’s unrivalled popularity and the reason it has its own unique market conditions and loyal residents; many of whom have bought and sold numerous ‘types’ of flats without ever leaving. To others it is a monstrosity and will always remain so.

As Alex summed up, “It’s an example of the huge diversity within our unique and intriguing capital; just as Bermondsey and the Southbank have their peculiar charm and eccentricities, so does the city of London.“