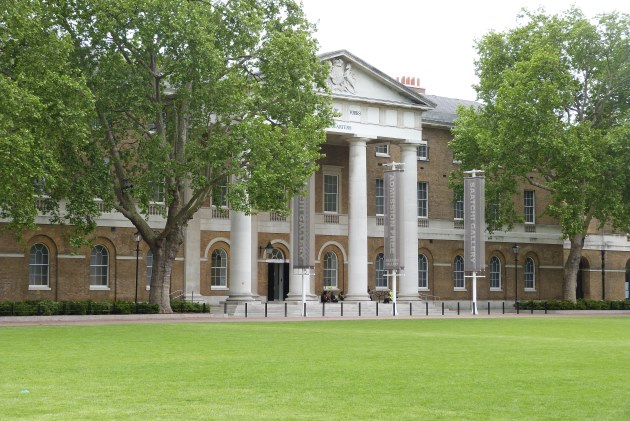 there’s no doubt that Sloane Square has undergone a revival in recent times. It is undoubtedly still the stomping ground of the Sloane Ranger, but the look has notably changed. Gone are the jolly-hockey-sticks girls of the 1980s, clad in Hermes headscarves, pearls and a twinset. Their replacements are the ultra-chic types with perfectly tousled hair and a ubiquitous designer bag hanging on the crook of their arm, which may or may not contain a bafflingly tiny dog. The men seem largely similar to their 1980s ancestors, still rocking the navy-blazer-and-garishly-bright-corduroy-trouser combination that their fathers, and presumably grandfathers, wore.

Say what you want about this sub-set of upper middle class British society, but they sure have picked a beautiful area of London to call their home. Forming the boundary between the luxury retail of Sloane Street and the more low-key high street shopping on the King’s Road, Sloane Square is a one-stop-shop for all your consumer, culinary and cultural needs. 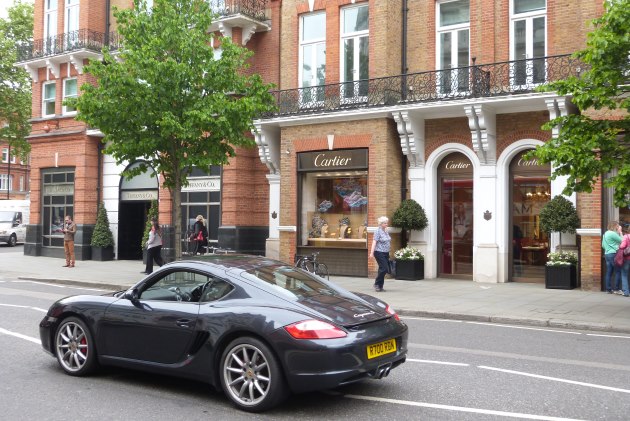 The area marks the border between the largest aristocratic estates in London, the Grosvenor and the Cadogan, and is named after Sir Hans Sloane, the seventeenth century Royal physician who bequeathed his huge collection of art and natural history to the United Kingdom, forming the foundations for the British Museum and the Natural History Museum. One could be forgiven for thinking that Sloane Square and its parameters was all champagne and Chihuahuas, but Sir Hans’ story proves otherwise. Don’t forget that Sloane Square also boasts some of the most beautiful Victorian architecture in London.

For some retail therapy, one could simply go to Peter Jones (Sloane Square) and emerge several hours later and several paycheques lighter, but that would almost be too predictable. Peter Jones is, however, a veritable British institution and well worth a visit. Standing on the same Sloaney site since 1877, it’s difficult to find a brand which isn’t stocked there, although it’s more known for its homeware and electrical goods than its fashion. Indeed, Chelsea as a whole is known for its amazing home-interior shops, but if you need a new outfit for an event, or just feel like splashing some cash, there are plenty of sartorial establishments to satiate. 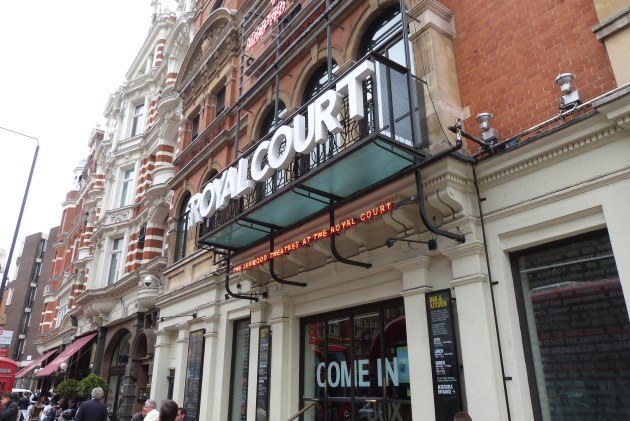 The aforementioned Sloane Street is where to go if you’re in the market for a show-stopping purchase straight off the catwalk. From Anya Hindmarch to Zadig & Voltaire, via Cartier, Louis Vuitton, Miu Miu et al, Sloane Street is where London’s wealthy tourists and those with an eye for luxury come to play. For a slightly more subdued but nevertheless stylish experience, the King’s Road is the better slice of Sloaney life. Ad Hoc (153 King’s Road) is a quirky shop selling fun, unique pieces – a great place to find gifts for the young woman in your life. For small and up-and-coming designer brands head to The Shop at Bluebird (350 King’s Road) and stop for lunch afterwards in its beautiful and highly commended restaurant. 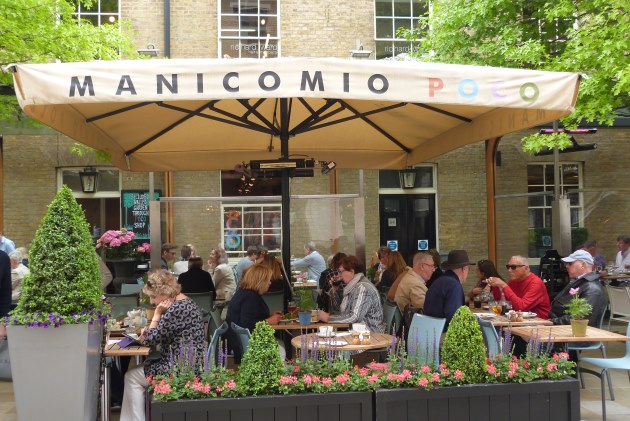 Duke of York Square (19 Duke of York Sq.) is another shopping/dining destination, playing host to chic high street stores such as Cos, Joseph and Whistles, as well as some delicious dining spots, including the award-winning Polpo. Every Saturday there’s a fine food market serving delicious artisan creations from local producers which you can nibble on before a leisurely wander around the Saatchi gallery to view some incredible contemporary art (Duke of York’s HQ). And as if the area didn’t already have enough fashion credentials, this year London Fashion Weekend – the biannual luxury fashion event – will be held at the Saatchi gallery from 24-27 September. 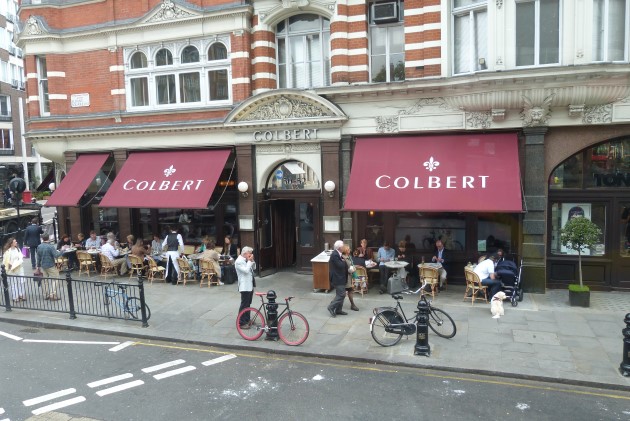 For a perfect day round the Square, spend the afternoon shopping on the King’s Road, stopping for tea and cake at Poco Café when you start to lag (83-95 Duke of York Sq.). When you’re all retailed-out, alight at Colbert (50-52 Sloane Square) for an aperitif and a light French snack before heading to the Royal Court Theatre just next door to catch a show (Sloane Square). The Royal Court is known for putting on gritty and daring productions, and BAFTA award-winning writer/director Debbie Tucker Green’s Hang promises to live up to these expectations (11 June-18 July 2015).

After all that excitement you’re bound to be knackered but luckily the tube station is stumbling-distance away. Unless you’re lucky enough to be made in Chelsea, in which case you can saunter home all the while gloating about residing in one of London’s crown jewels. Lucky you. 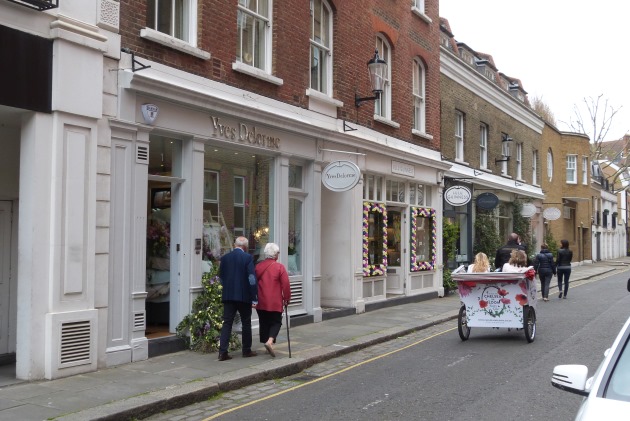 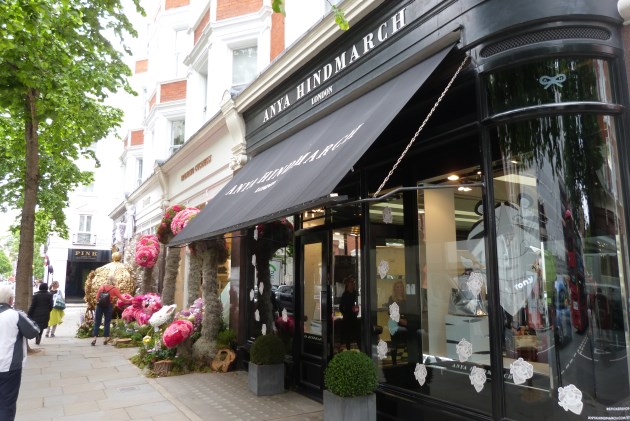 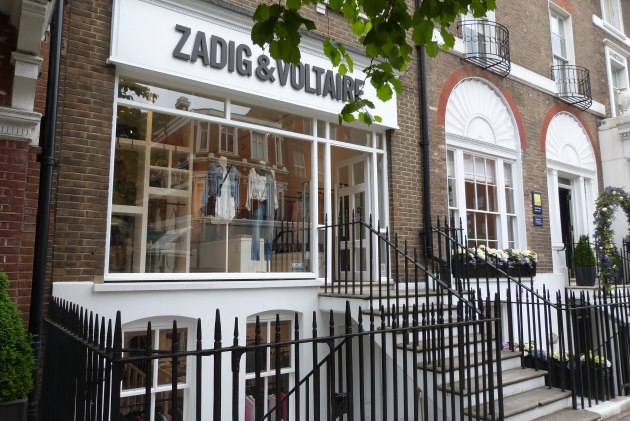