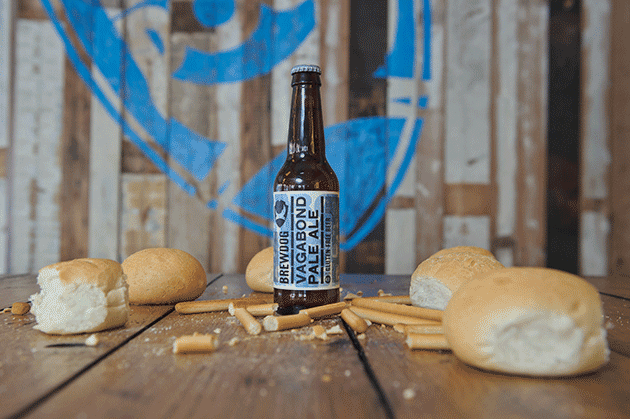 Studio 6’s pursuit of the best balance of seasonal beers continues and they uncover several you may not have seen before.

This summer Anibal, manager of Studio 6, began serving vegan and gluten-free ales for customers with more sensitive consciences or stomachs, prone to excessive bloating and discomfort. The Vagabond Pale Ale from Brewdog has a 4.5% alcohol level so there’s certainly no compromise in strength. In their typically straight-talking style, Brewdog say of Vagabond, “Avoiding gluten can often leave people feeling like their only choice is a listless beer with both gluten and flavour removed but now they can stick two fingers up to all that, literally.”

Anibal is getting closer to perfecting his own crafted beers and I am sensing that by Christmas he will have some festive and well crafted beers available of his own making. His latest creations include a Cucumber Saison, a crisp spicy ale with strong citrus notes and at a healthy 5.6%. He admits ‘I had the idea to create an ale based on Tzatziki Salad, so lots of different malts, hops and spices, citrus and fresh cucumber.’ The result is deliciously refreshing.

There’s also his ‘Surprise Dry Stout’ (4.7%) in which he has used a chocolate malt and roast barley. His ‘Kiwi Fruit Beer’ (5.7%) and several single hop pale ales are developing well and there is little doubt that over the coming months he will nail his core creations of Pale Ales, Witbiers and Stouts.

As a regular passer-through at Studio 6 I am really excited about the possibility Anibal will bottle and bring to market the results of his exhaustive craft work. There’s something satisfyingly local and traditional about drinking handmade and limited edition beers made within walking distance of the bar.