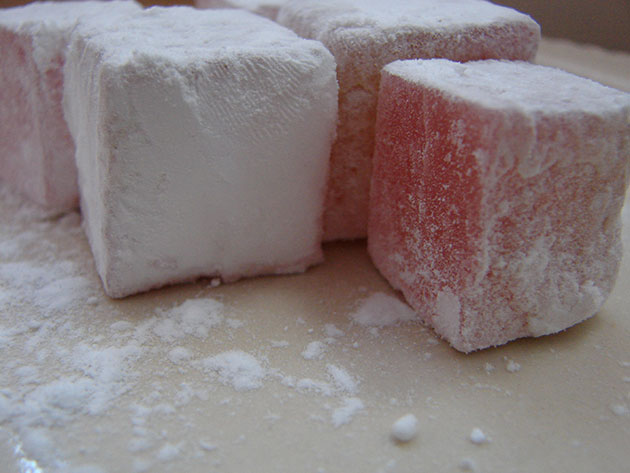 over the last twelve months we have travelled Turkey through its food and culture courtesy of Kilikya’s restaurant in St Katherine Docks. From the Iskender Kebab to Moussaka to Turkish coffee and finally in this edition, to the most delightful of sweets.

Legend has it that a certain Sultan believed the way to a woman`s heart was through her love of sweet things. He carried on his person it is said, tucked inside his armour, a collection of recipes for exotic sweets which he used to seduce his mistresses. Once, very eager to please a favoured mistress, he ordered his kitchen to prepare a new, sensual and delightful temptation. It was on this sultry evening that Turkish Delight was confirmed as a royal delicacy.

The tempting qualities of Turkish Delight continue through literature. The White Queen in The Lion, The Witch and The Wardrobe tempts Edmund to betray his brother and sisters with the sweet. C. S. Lewis writes:
“The Queen let another drop fall from her bottle on to the snow, and instantly there appeared a round box, tied with green silk ribbon, which, when opened, turned out to contain several pounds of the best Turkish Delight. Each piece was sweet and light to the very centre and Edmund had never tasted anything more delicious.” 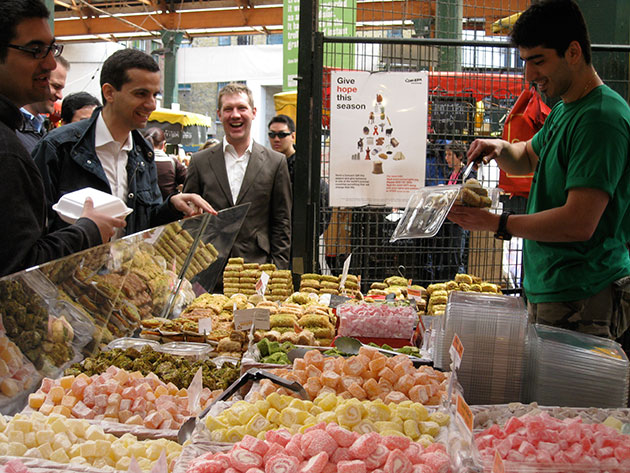 After a splendid Kilikya’s meal they well know the allure of serving a coffee with a morsel of Turkish Delight… to tempt you back again.