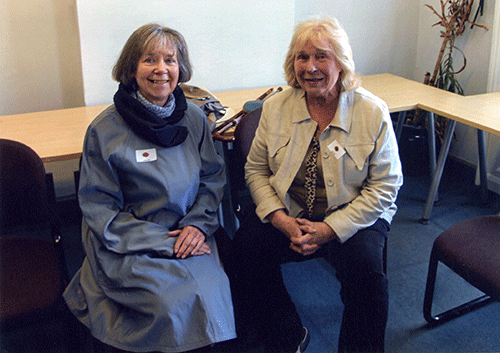 1993 seems a lifetime ago. But that was the year in which I took a message from my literary agent, Doreen Montgomery, inviting me to her office in London. She had received a telephone call from a Michael Barrett in Liverpool, who claimed to have found the diary of Jack the Ripper and wanted to bring it to show her.

That meeting was to launch me overnight into a world about which none of us had absolutely any previous knowledge, peopled with scientists, historians and international experts in criminology. My own previous books had included a history of the English Channel, an investigation into the world of religious cults and a biography of Father Christmas. This was very unfamiliar ground. 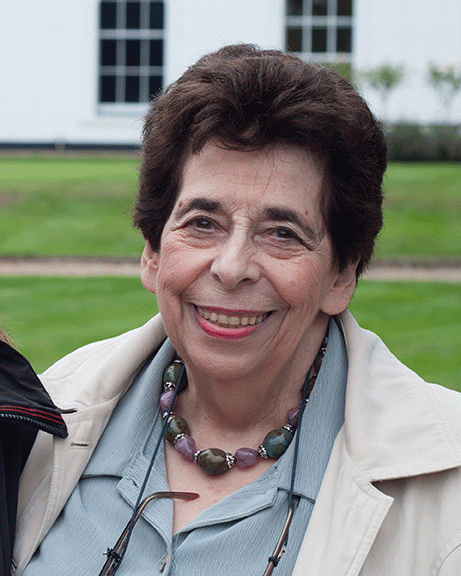 Mike Barrett told us how he had acquired the book from a mate in Liverpool who had recently died and now he wanted to get it published. The diary itself was about 1” thick with a hard cover. Each page was filled with the demented outpourings of a madman. The writing veered wildly from neat, to the sprawling bloodthirsty confessions of a callous killer. Was this indeed the work of the man whose murderous rampage in Whitechapel in 1888 became an international horror story?

It was signed “Yours truly Jack the Ripper.” 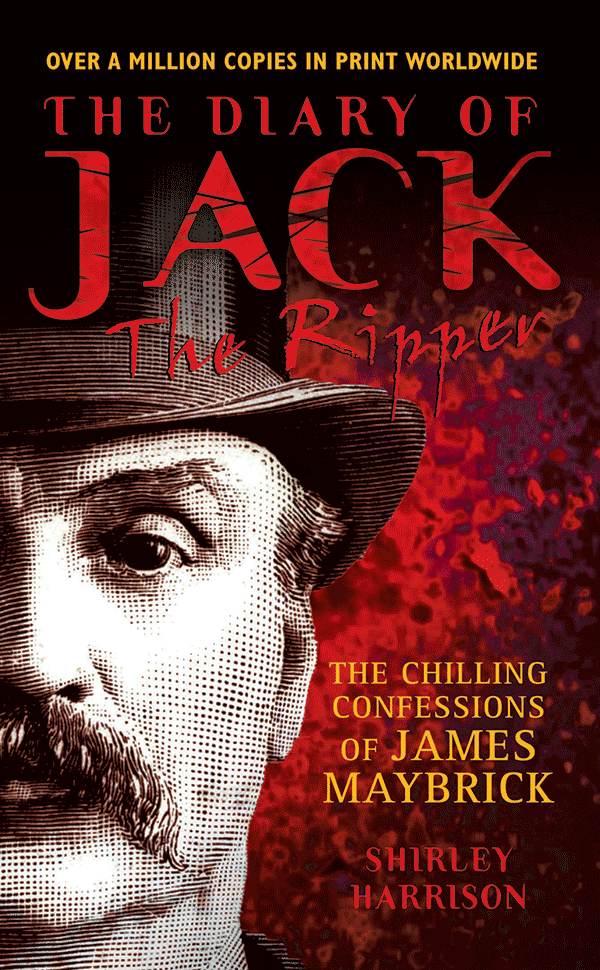 The Diary of Jack the Ripper is hitting the headlines again this year as the book’s authenticity and provenance is further established.

There was no mention anywhere of “Jack the Ripper’s” real identity. The only clue was a statement on page two of the diary – “tonight I shall return to Battlecrease”. What was Battlecrease and where was it?

Neither Doreen nor I had ever been confronted by such a challenge. It was to overtake my life for the next 25 years!

The first step of course was to find a publisher willing to gamble on a very uncertain project. That publisher proved to be Robert Smith, then of Smith Gryphon and I found myself – a novice – launched into the world of experts in criminology, handwriting, ink, and, of course legions of international and mostly hostile Ripper historians. At the time I had absolutely no idea how passionate was the world I was about to enter. I was faced with deep scepticism from many. But there were a few who, like me, were fascinated – especially once ink and handwriting tests eventually proved that the book had, at least, been written in the late 19th century and was definitely not a modern forgery.

So it was that I set out with my friend and co-researcher, Sally Evemy, on our first of many visits to Liverpool where we had meetings with the bewildered descendants of some of the people referred to in the book, by then known to us as “The Diary of Jack the Ripper.”

The quest eventually led us to identify its author as a Liverpool cotton merchant – James Maybrick, who, in the late 19th century lived, with his young wife Florence, in a splendid mansion overlooking the cricket field. It’s name? “Battlecrease”!

James Maybrick was a drug-taking socialite on the Liverpool scene. His wealthy and highly connected brother, Michael, lived in London and James made frequent visits to meet him in the capital. James’ own office was on the edge of Whitechapel where he also had a house – and a mistress. Not the most obvious candidate to be Jack the Ripper! 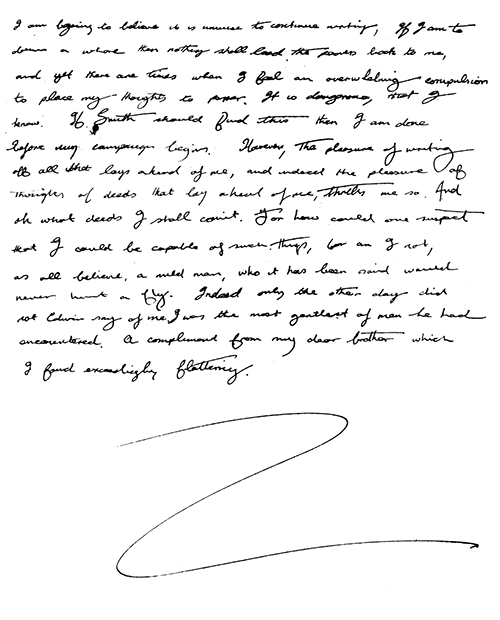 Is this the handwriting of James Maybrick, and also the hand of Jack the Ripper?

When James Maybrick died in 1889 his young wife, Florence, was unjustifiably accused of his murder by poison and sentenced to life imprisonment. She had been having an affair herself with a Liverpool cotton broker named Alfred Brierley – who immediately emigrated to America before the trial and only returned many years later, to live in the little Sussex village of Newick where he is buried.

The Maybrick story and trial was well known and in the following years many books have been written and films made and for the first time, the name of Maybrick was linked with that of Jack the Ripper. It was all the stuff of which a writer’s dreams are made.

The research that followed took Sally and me to all corners of the British Isles to speak to descendants of anyone who knew or were related to the Maybricks. We went to the Isle of Wight, to Wales and Scotland.

A phone call from the delightful Albert Johnson in Liverpool, resulted in a meeting with him at our publisher’s office to look at a watch, which he had recently bought for his granddaughter. Inside, and barely legible, were the scratched words “J.Maybrick I am Jack”!!!

From then on we found ourselves in the unfamiliar world of experts in history, ink, and handwriting. We explored among many other, sometimes intimidating, sources such as the London Patent Office, Somerset House, the American State Archives, the College of Heralds, the British Medical Association and Scotland Yard.

On publication – the controversy exploded worldwide and I was invited to appear, also on radio and television, in America, Canada, France and Germany. The Diary even was translated into Japanese. A fellow writer, the late Stanley Dangar, flew in from Spain and Sally and I discovered a number of rather puzzled descendants of James Maybrick in various parts of Britain. Exploratory, but inconclusive, documentary films were made which only added fuel to the fire and the debate rages on today.

Since then my writing has taken a very different course… into the worlds, among others, of Winnie-the-Pooh and Sylvia Pankhurst.

But the controversy around the Maybrick Diary continued and continues, unabated and undiminished. Today there are even Jack the Ripper tours for tourists – and now a Conference – in Liverpool. Maybe the epitaphs on the graves of three of the key players in the drama are there to tell us something?

Michael Maybrick moved to the Isle of Wight, where he became Mayor and a hugely respected dignitary. He was given the equivalent of a state funeral.

The message on his rather splendid tomb is “There shall be no more death.”

Alfred Brierley died in Newick. His gravestone message is “And a Sewer went Forth.”

And James himself? The message on the Coat of Arms which he bought from the College of Arms before his marriage in 1881 reads ominously “Tempus Omnia Revelat” – “Time reveals All”!

Shirley Harrison lived in Borough High Street until 2016. She has written other books
She is currently working on a new historical piece uncovering the seedy world of brothels in the sixteenth century and is intending to publish in 2018. She will be present the The Ripper conference in Liverpool, 24 to 25 September this year.