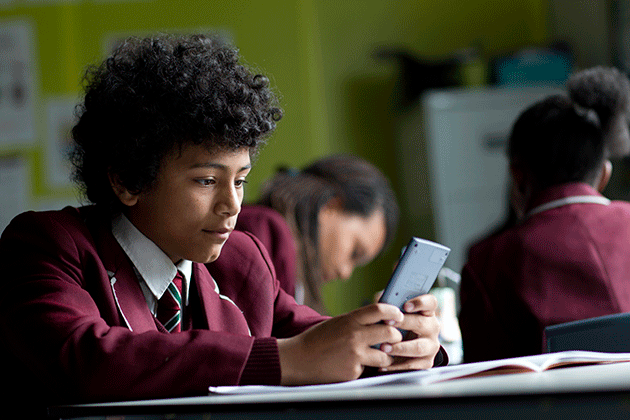 Originally separate schools on different sites, Harris Upper and South Norwood academies became part of the Harris Federation of academies in 2007. The South East London-based Federation is the most successful Academies Trust in England.

Today, fully amalgamated as Harris South Norwood, the co-educational school has one staff and governing body covering the twin sites which house 2,000 students. And, as part of its Outreach 2017-18, a series of events are planned over the coming school year with the Year 7 intake for September 2018 firmly in mind.

The centrepiece is an Open Evening at 5pm on Wednesday September 20 at the school’s South site at Cumberlow Avenue. The evening, attended by all staff, features a talk from a head of school, while student guides show parents around to take in activities in all subject areas. They include a PE display and science experiments plus offerings from the Music and Art departments.

“the evening enables parents to soak up the school’s atmosphere

“The evening enables parents to soak up the school’s atmosphere,” explained Mandy Marlow, jointly in charge of the intake programme. In addition, the school will hold a series of Open Mornings – September 26 (Upper site), October 3 and 10 (South site) – where parents can tour to see the school at work. There are also plans to visit local primaries.

By March 2018 parents must choose their school and those opting for HASN are then invited to an evening in the summer term to meet staff and find out about practical issues such as uniforms. “It’s part of our extensive connection with parents whose children are joining the school which begins some time before the start of term in September,” says Mandy.

As part of this, the new Year 7s attend an Enterprise Day in July and, once term begins, the school ensures that they settle in with a whole range of induction activities. There is also close pastoral care from staff plus a close relationship between seniors and juniors such as ‘buddying’ with prefects and student leaders.

Another very positive factor is that, although the school is in the adjacent borough of Croydon, there are good travel links for students in the north west of Lambeth and the south part of Southwark. This means realistic travel from both boroughs.

Students starting in 2018 will be joining a highly-successful school under the overall leadership of Nick Soar who took over as Executive Principal a year ago. Nick described how the school was well-prepared for future challenges: “The benefits of having an established school of our size means we can provide a broad and balanced education, both in terms of the academic curriculum and outside it. In a world of tightened budgets we can continue to offer subjects and other areas of enrichment that other schools cannot.”

“Furthermore, the two sites not only offer a ‘single campus’ feel but enables us to provide small class sizes,” Nick added.

A focus on science and innovation is at the heart of Harris South Norwood which in 2013 had become the “best performing” school in Croydon.

This year’s A-level results form part of the wider Harris Sixth Form’s performance which show an increase on last year’s record-breaking outcomes. Some 43% of grades achieved by Harris Sixth Form’s students were A* – B, and 17% were the top grades of A*-A.

A number of students will be entering into exciting apprenticeships at TfL and Microsoft.

Nick Soar commented: “We are thrilled with this year’s results. The students have all worked with great effort and energy throughout their two years with us and it has been a pleasure to see them succeed. I look forward to following the progress of all Year 13s leaving us today – we are very proud of them.”

Outside the classroom, many extra-curricular activities are on offer – including sports such as football, basketball, rugby, athletics, table tennis and trampolining. In addition, students can take various classes in music, art, films and theatre clubs and aspects of modern life such as appreciation of the environment and charity giving.