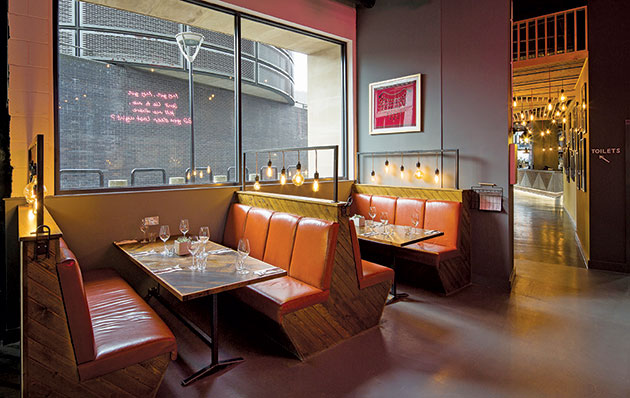 New York City, 1944 – Asch Records: 117 West 46th Street
In a small, barely-making-ends-meet music studio behind Times Square, Moses Asch recorded an early collection of songs by Huddie Ledbetter (AKA Lead Belly). The crackle and simple sound created on these discs is moody and raw with a mix of folk, blues and the occasional hint of period horror too. ‘In The Pines’ was picked up and covered almost fifty years later by Nirvana, released on a live and unplugged album as ‘Where Did You Sleep Last Night?’. Lead Belly’s original recording made back then, begins with a familiar blues yearning;

‘My girl, my girl, don’t lie to me
Tell me where did you sleep last night
In the pines, in the pines where the sun don’t ever shine
I would shiver the whole night through..’

but by the third verse this traditional four-lined blues song merges with 1920s railroad laments and an old macabre fable, taking a decidedly dark and menacing twist. No wonder it appealed to Mr Cobain. 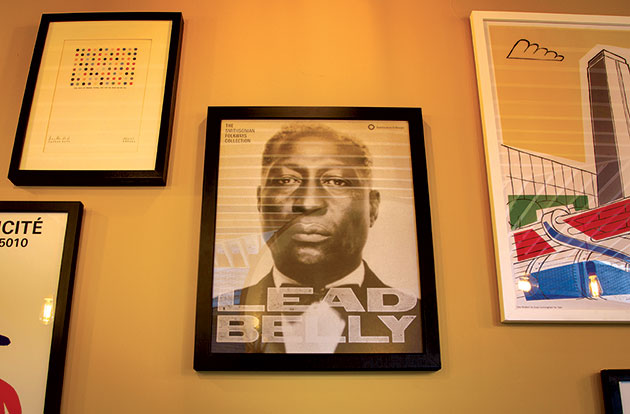 What better influence to have behind the name of a bar and restaurant? When the owners of the Mayflower pub in Rotherhithe set about creating a new hangout in the plaza opposite Canada Water station, they picked Lead Belly as ‘host’ and mood-setter.

The bar, fronting onto the big plaza next to the water-filled Canada Water Dock has fabulous views and the freshest air in London. There’s lots of seating outside, and inside it’s a tardis; the long bar leads into a restaurant with booth and table seating at the back. On the wall, in electric pink neon lights, are the first lines of ‘In The Pines’. The venue can cater for parties of 15 to 250 people across its many stylish spaces and corners.

It just keeps getting better and better for the people of Canada Water. Blessed with an awesome skyline, easy tube and train links with huge amounts of parking too, the community of businesses, retail and nightlife is transforming the area into a new destination for shopping or an evening out in south east London. Leadbelly’s opened just before Christmas 2016 and is establishing itself as the social hub of the place.

The kitchen opens for brunch at 9am with possibly the best ‘Smashed Avocado and Eggs’ in London, traditional full English Breakfasts and tasty veggie versions too. Food is served throughout the day until 10pm (9 on Sundays) with a mix of classic and imaginative plates to suit all pockets, tastes and appetites. The quality is exceptional – but what else would you expect from the people behind the Mayflower who have a massive reputation to keep? Annmarie heads up the young team on the floor who all brim with a confidence that comes from knowing they are part of a winning formula. 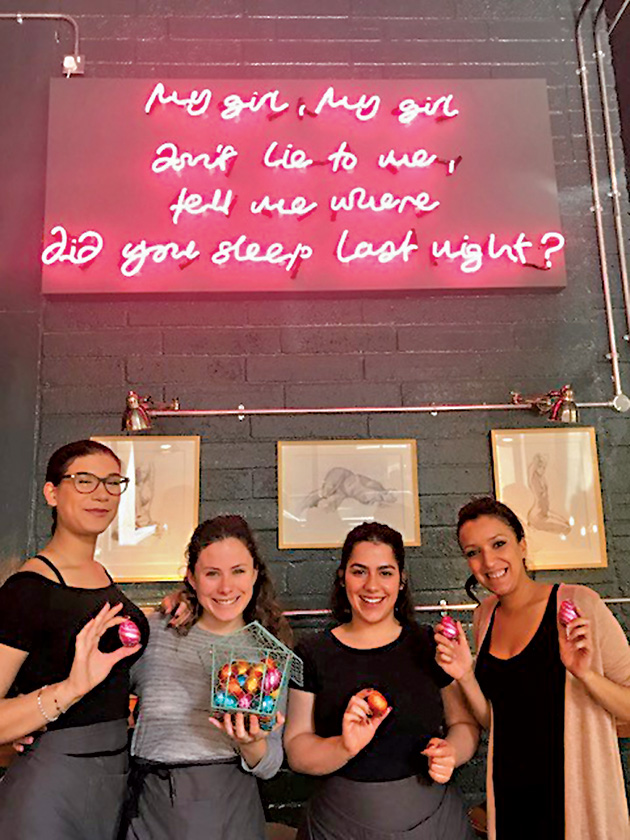 When Huddie Leadbelly laid down those tracks back in the 1940s he was already in his early fifties. He had seen some things; born on a Louisiana plantation he had played plenty of dubious venues, been convicted of carrying a pistol, spent time on a chain gang and was even imprisoned in 1918 for seven years after killing a relative – fighting over a woman, of course. But that was never going to keep the man down and the influence of this blues/folk minstrel keeps rippling out. That said, I doubt he could have ever imagined his name would still be up in lights in London today, on the front of Leadbelly’s… 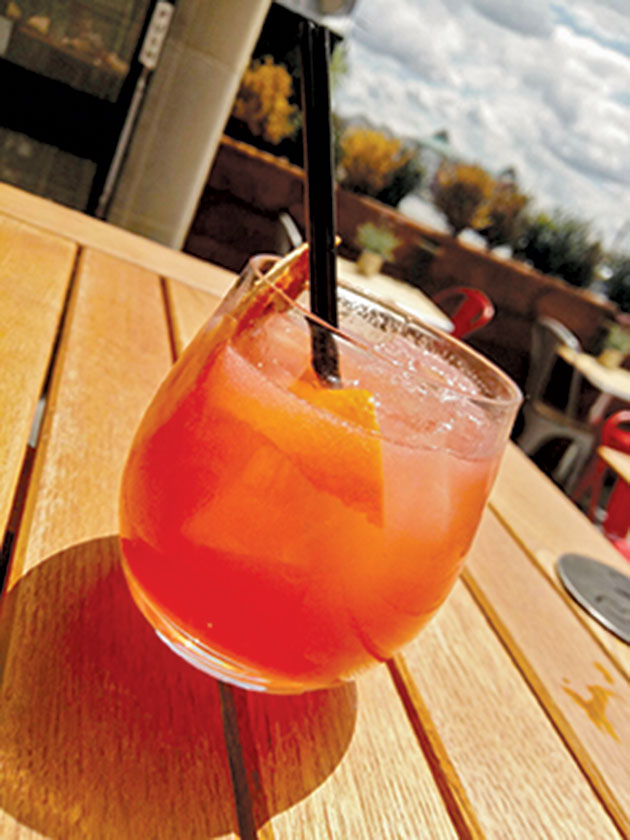 “The Rhumbarb” Cocktail, perfect with a sunset

Name: “The Rhumbarb”
Experience: Zingy
Ingredients: Appleton Estate Rum, Rhubarb Liqueur, Pink Grapefruit, Grenadine and a sneaky spritz of Absinthe
Mixing technique: Currently a Leadbelly secret
Best consumed with: A sunset
Make sure you are in the right location when you try this cocktail for the first time. It is recommend to be consumed sometime after 5pm, certainly after all the most important jobs have been done for the day as you are highly unlikely to start work again after your first sip. In fact, you are far more likely to tackle a second instead. Settle down, somewhere with a good view, ideally facing west – towards the setting sun. The colours in your glass should perfectly compliment the colours changing in the sky.