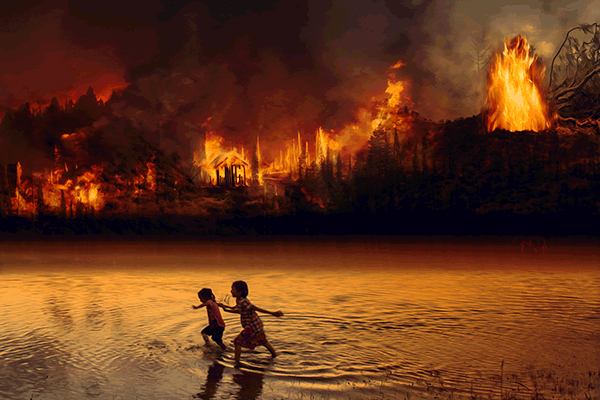 As Greta Thunberg stepped off the Malizia II, a racing yacht powered by solar panels and underwater generator turbines, 78,000 fires were raging through the Amazon. These man-made fires, silently sanctioned by a nod and wink from the Brazilian leadership, were busy burning the forests that create 20% of the earth’s oxygen.

At the shore, the 16 year old admitted to still having sea-legs and was a little unsure of herself as cameras jostled in front of her and the crowd shouted words of encouragement.

‘All of this is very overwhelming and the ground is still shaking for me,’ Thunberg said to the press. ‘It is insane that a 16 year old should have to cross the Atlantic ocean to make a stand!’

Meanwhile Jair Bolsonaro, President of Brazil, was beginning to feel some pressure from G7 world leaders who, led by President Macron of France, clubbed together to offer just $20 million to help deal with the emergency. An argument then persisted between these politicians on whether Brazil should accept the offer or not. So the fires continue, and the world leaders have moved on to other matters while Thunberg maintains her steady course to raise awareness and incite action.

Earlier this year, the Extinction Rebellion came to the attention of many Londoners for the first time, staging a variety of street protests, sit-ins and bridge blockades. On the whole the atmosphere was surprisingly jovial and reminiscent of hippy music festivals or anti-nuclear protests of past decades, but with Thunberg as a figurehead, bringing a legion of children with her, an innocence has been added to this movement – and a legitimacy. Young people are bringing a wonderful clarity to the issue, as though seeing things in primary colours.

If the Amazon creates 20% of the oxygen on the planet, can it really be said to ‘belong’ to any one country? It’s a universal resource, just like ice caps and oceans required by all humanity for life. Simple.

Donald Trump’s recent attempt to ‘buy Greenland’ revealed the ominous intentions of more developed countries too. As the territory warms and is cleared of ice, the USA has identified an opportunity to land grab places that can be soon exploited for oil and gas drilling. 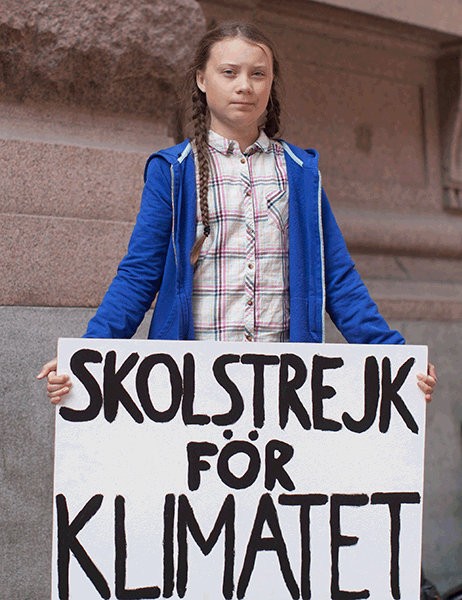