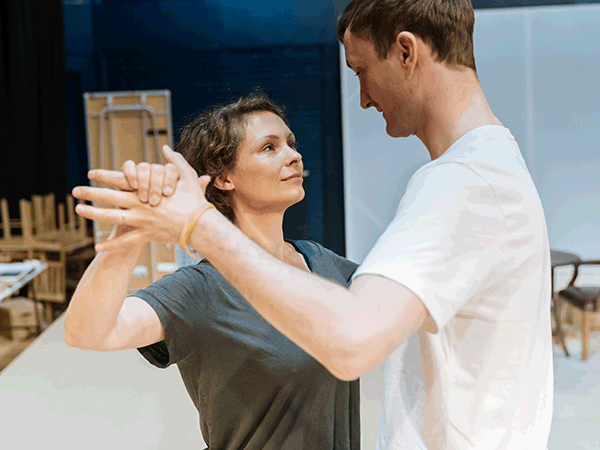 Now & Then (From 11 September)
by Ronnie LarsenWhen Daniel and Greg meet as young men, one dreams of being a country music star, the other is an aspiring comedian. As the years unfurl we see what happens to their dreams – and to their love as they weather life’s highs and lows.

The Good Scout (9 October To 2 November)
by Glenn ChandlerInspired by true events: in Bassington, England, the local troop play host to a cycling party of Hitlerjugend – but are the German boys cyclists or “spyclists”?

Two Ladies (14 September To 26 October)
by Nancy Harris
As their husbands clash over an international crisis, the first ladies of France and America find themselves alone together in a side room. Friends, or enemies? When the stakes are so high, can they trust each other?

The Lion The Witch and The Wardrobe (9 November To 2 February 2020)
by Nancy Harris
Step through the wardrobe this winter into the magical kingdom of Narnia for the most mystical of adventures in a faraway land.

The Watsons (20 September To 16 November)
by Laura Wade
Emma Watson is nineteen and new in town. She’s been cut off by her rich aunt and dumped back in the family home. Emma and her sisters must marry, fast. If not, they face poverty, spinsterhood, or worse: an eternity with their boorish brother and his awful wife.

Hansard (To 25 November)
by Simon Woods
It’s a summer’s morning in 1988 and Tory politician Robin Hesketh has returned home to the idyllic Cotswold house he shares with his wife of 30 years, Diana. But all is not as blissful as it seems.

Translations (15 October To 18 December)
by Brian Friel
Following a sold-out run in 2018, Ian Rickson’s exquisite production of Brian Friel’s masterpiece returns. Ciarán Hinds reprises his critically acclaimed role of patriarch and schoolmaster, Hugh, whose livelihood and culture are at risk.

My Brilliant Friend (12 November To 18 January)
Adapted by April De Angelis from Elena Ferrante’s Neapolitan Novels
When the most important person in her life goes missing without a trace, Lenu Greco, now a celebrated author, begins to recall a relationship of more than 60 years. Even as life repeatedly tries to pull them in separate directions, they remain inextricably bound to one another. 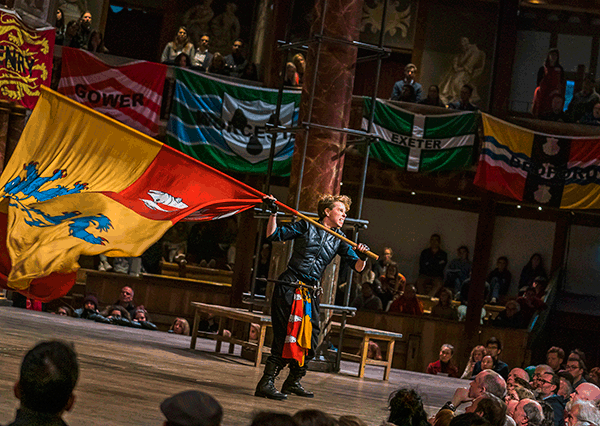 Battle scenes re-enacted at the Globe, Henry IV Part I

Henry IV Part I (To 11 October)
by William Shakespeare
Two Harrys: Harry Hotspur and Prince Hal. Sons to enemy fathers: Henry Percy and King Henry IV. Hotspur is preparing to lead an army against the King – incensed at the King’s dismissal of the Percy family’s demands.

Henry IV Part 2 (To 11 October)
by William Shakespeare
As King Henry IV lies dying and the rebels maintain their unrest, Falstaff, returned war-hero, and closest confidant of Prince Hal, is engaged to recruit for the King’s army.

Henry V (To 11 October)
by William Shakespeare
There’s trouble brewing between England and France… As King Henry V attempts to prove himself a worthy ruler, he brazenly lays claim to parts of France. When France mocks his claim, he leads the English forces across the Channel.

Preludes (To 12 October)
Music, Lyrics, Book and Orchestrations by Dave Malloy
Sergei Rachmaninoff has it all; world-wide fame from a single composition by the age of 19, commissioned to write his first symphony at 20 and engaged to the love of his life, Natalya. But at 21 he is crippled with a depressive paranoia and anxiety.

Great Expectations (18 October To 28 November)
by Charles Dickens, adapted by Neil Bartlett
A chance meeting with a convict on Christmas Eve, a decaying house full of secrets and an orphan’s life transformed by an anonymous benefactor. Great Expectations is a coming of age tale with love and class at its centre.

A Very Expensive Poison (To 5 October)
by Lucy Prebble
In a bizarre mix of high-stakes global politics and radioactive villainy, a man pays with his life. At this time of global crises and a looming new Cold War, A Very Expensive Poison sends us careering through the shadowy world of international espionage from Moscow to Mayfair.

Lungs (14 October To 9 November)
by Duncan MacMillan
The ice caps are melting, there’s overpopulation, political unrest; everything’s going to hell in a handcart – why on earth would someone bring a baby into this world? Directed by Matthew Warchus, Claire Foy and Matt Smith perform in Duncan Macmillan’s hilarious emotional rollercoaster of a play, as a couple wrestle with our planet’s biggest dilemmas.