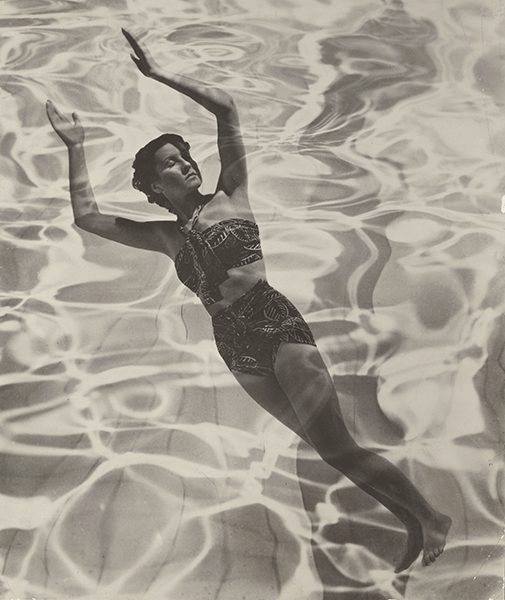 John Squire: Disinformation
11 September To 10 November
Squire is a British artist, musician, and a founding member and lead guitarist of the Stone Roses. Since leaving the band, he has released two solo albums. Squire is also known for his role in defining the now-iconic visual aesthetic of the Stone Roses. The exhibition will feature a new series of large-scale oil paintings by Squire, based on photographs taken by the artist or found online. Squire alters the images using editing software, which he overloads to prompt visual glitches. These partially distorted, fragmented scenes are then enlarged from their original small screen format and rendered in the traditional medium of oil and canvas.

HAYWARD GALLERY
Thabiso Sekgala: Here Is Elsewhere
To 6 October
Sekgala’s first solo exhibition in the UK brings together 50 photographs from six different series taken between 2009 and 2014 in South Africa, Jordan and Germany. Many of Sekgala’s photographs – which include portraits, street scenes and elegiac depictions of public and domestic space – offer nuanced, alternative narratives about life in contemporary Africa.

Bridget Riley
23 October To 26 January 2020
The first large-scale survey of Riley’s work to be held in the UK for 16 years the exhibition will look closely at the origins of Riley’s perceptual paintings including iconic black-and-white paintings of the 1960s, early representational paintings, expansive canvases in colour and recent wall paintings, as well as studies and preparatory material.

NATIONAL POETRY LIBRARY, ROYAL FESTIVAL HALL
Lawrence Ferlinghetti: A 21st-Century Ferlinghetti
16 October To 17 November
Celebrating Beat poet, publisher, painter and activist Lawrence Ferlinghetti, who marked his 100th birthday this year. On display are examples of Ferlinghetti’s visual work, as well as video and audio of him reading his poetry.

William Blake
11 September To 2 February 2020
William Blake was a painter, printmaker and poet who created some of the most iconic images in British art. Inside the exhibition will be an immersive recreation of the small domestic room in which Blake showed his art in 1809. In another room, Blake’s dream of showing his works at enormous scale will be made reality using digital technology. With over 300 original works, including his watercolours, paintings and prints, this is the largest show of Blake’s work for almost 20 years.

Sophia Al-Maria: Beast Type Song
20 September To 26 January 2020
Sophia Al-Maria is a Qatari-American artist, writer and filmmaker living and working in London. Her practice explores the isolation of individuals through technology and tradition, the destructive effects of consumerism, the erasure of history, and a blind faith in a future no one is prepared for. Al-Maria will present a new film, Beast Type Song, invoking the erasure of identities, histories and cultures in the machinery of colonial control.

Mickey Leckey: O’ Magic Power of Bleakness
24 September To 5 January 2020
An ambitious large-scale exhibition by the Turner Prize winning artist composed of new and existing work, this exhibition is an atmospheric, theatrical experience of spectral visions, sound and video. Mark Leckey transforms Tate Britain’s galleries with a life-size replica of a motorway bridge on the M53 on the Wirral, Merseyside, where the artist grew up. The bridge – a recurring motif in his work – is the setting for a new audio play. Mark Leckey is one of the most influential artists working today. Since he first came to prominence in the late 1990s his work has addressed the relationship between popular culture and technology as well as exploring the subjects of youth, class and nostalgia.​

Dora Maurer
To 5 July 2020
Maurer was at the centre of an independent community of artists, poets and musicians that championed their own culture outside of the official Hungarian system during the socialist period. In the 1970s she started to work in photography and moving image, often collaborating with musicians, as well as teaching creative performative workshops.

Olafur Eliasson: In Real Life
To 5 January 2020
In Eliasson’s captivating installations you become aware of your senses, people around you and the world beyond. Some artworks introduce natural phenomena such as rainbows to the gallery space. Others use reflections and shadows to play with the way we perceive and interact with the world. Many works result from the artist’s research into complex geometry, motion patterns, and his interest in colour theory.

Nam June Paik
17 October To 9 February
Nam June Paik’s experimental, innovative work has had a profound influence on today’s art and culture. He pioneered the use of TV and video in art and coined the phrase ‘electronic superhighway’ to predict the future of communication in the internet age. It brings together over 200 works from throughout his five-decade career – from robots made from old TV screens, to his innovative video works and all-encompassing room-sized installations such as the dazzling Sistine Chapel 1993.

Dora Maar
20 November To 15 March 2020
During the 1930s, Dora Maar’s provocative photomontages became celebrated icons of surrealism. Her eye for the unusual also translated to her commercial photography, including fashion and advertising, as well as to her social documentary projects. Her relationship with Pablo Picasso had a profound effect on both their careers. She documented the creation of his most political work, Guernica 1937. He immortalised her as Weeping Woman 1937. Together they made a series of portraits combining experimental photographic and printmaking techniques.