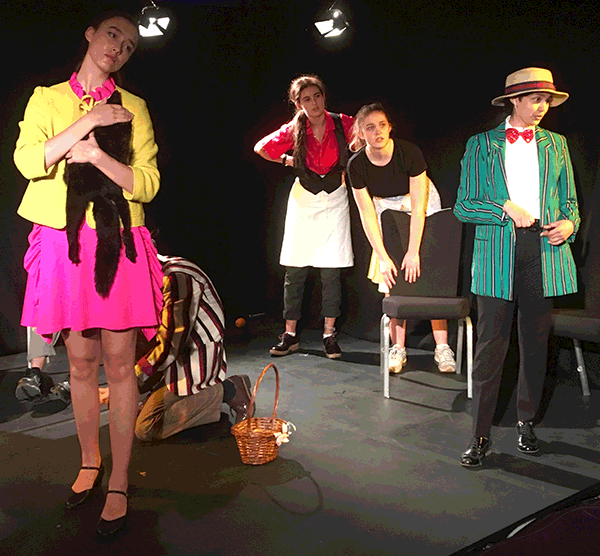 Blackheath High School Sixth Formers on stage at The Space on the Mile, Edinburgh

The Sixth Formers at Blackheath High School GDST recently returned from the Edinburgh Festival having put on a production of Eugene Ionesco’s classic absurdist drama, ‘Rhinoceros’ at The Space on the Mile venue in August.

The company of 13 girls from Years 12 and 13 were directed by Blackheath High School drama teacher, Cath Day in five performances during their week long stay. They also found time to enjoy other shows and soak up the atmosphere of one of the world’s longest-established comedy and arts festivals.

Award-winning writer and composer of the 2015 sell-out show ‘UKIP! The Musical’ Cath Day, drama teacher at at the school, said: “Our Sixth Formers wanted to perform a classic play which would challenge them as performers and resonate with modern audiences. We’re living in turbulent and uncertain times, with a worrying rise in populism and intolerance. Ionesco’s play has never been more relevant or more necessary.” 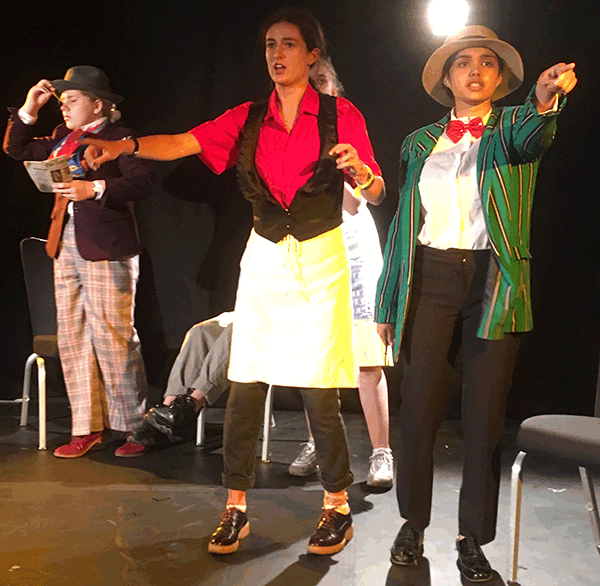 On the Comedy.co.uk website, reviewer Jack Verity said, “I congratulate the Director and all involved as this abridged version of Ionesco’s classic highlighted both team and individual performances,” going on to award the production a stunning 5 stars.

In the play, written in 1959, the central lead character (Bérenger) is surrounded by people who talk in clichés rather than meaningful communication, having lost their ability to think for themselves. Platitudes like “Well, of all things!” or “It’s never too late!” are repeated ad infinitum by the rest of the cast who, in the absence of independent thought, are steered by simple logic towards absurd conclusions. In times such as these, Ionesco suggests, racism and fascism can readily emerge – as they did in Europe just before the outbreak of World War II.

Blackheath High School places huge emphasis on encouraging creativity to flourish among students. Drama is a very popular subject at the school, with over a third of students opting to take LAMDA courses as part of their studies. Drama not only develops communication skills, collaborative working skills and leadership skills but drama students develop an understanding and appreciation of other perspectives, encouraging empathy and open-mindedness.

Blackheath High School Students STEAM Ahead with Best Ever Results

Blackheath High School GDST has achieved its best ever GCSE results. With a 14% increase in the number of 8/9 (A*) grades over the past 5 years. The school was especially pleased with the phenomenal results achieved in both Art and Science, with 90% 7-9 (A-A*) and 81% 7-9 (A-A*) in the subjects respectively.