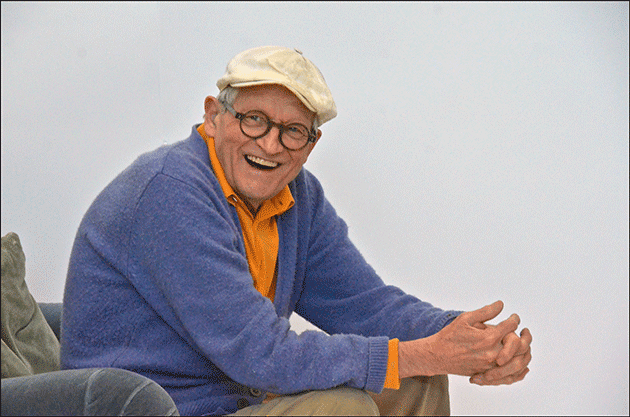 David Hockney will be 80 this year. His creative style continues to change, embracing new technologies and innovations with the creative passion and enthusiasm of a man half his age. He has distinguished himself as an artist whose work continues to be popular in every decade and in multiple media.

From his homoerotic portraits and images of Los Angeles swimming pools and shower scenes made in the 1960s, through to his drawings, photography, Yorkshire landscapes and most recent paintings – some of which have never been seen before in public – this exhibition shows how the roots of each new direction lay in the work that came before. Hockney has continued to drive his interests and his skills forward like a plough through a field, turning up rich and earthy discoveries. It’s a once-in-a-lifetime chance to see these unforgettable works all together. 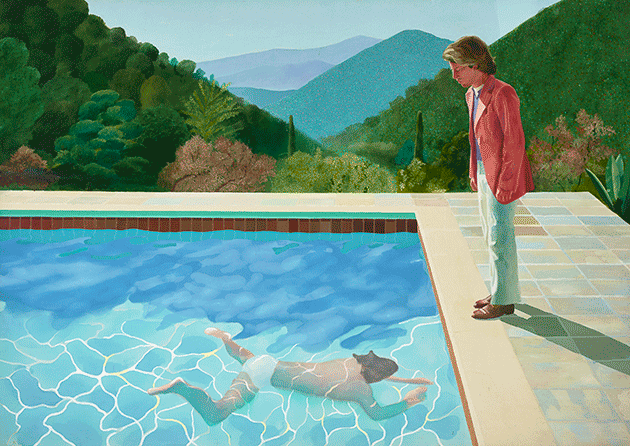 David Hockney, OM, CH, RA is an English painter, draughtsman, printmaker, stage designer and photographer who was born in the summer of 1937. He has contributed to the pop art movement of the 1960s and is considered one of the most influential British artists of the 20th century. He is bordering on being a ‘National Treasure’ alongside Maggie Smith, Alan Bennet or Judi Dench etc., etc., and reflects the cultural identity of our country to the nation at home and the world abroad. 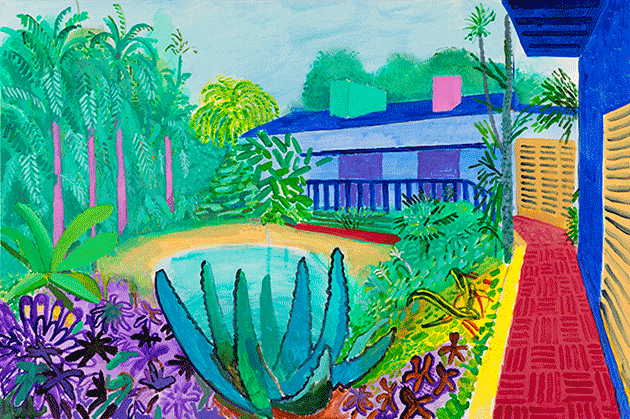 This retrospective at Tate Britain runs until the end of May and presents the world’s most extensive collection of his paintings, drawings, print, photography and video across six decades. Through the works we can discover the man behind the brush, but we are also invited to see the world he has travelled from here to the west coast of America and back again to Yorkshire. It’s a short journey across to the other side of the Thames at Millbank to see this exhibition but worth every step.