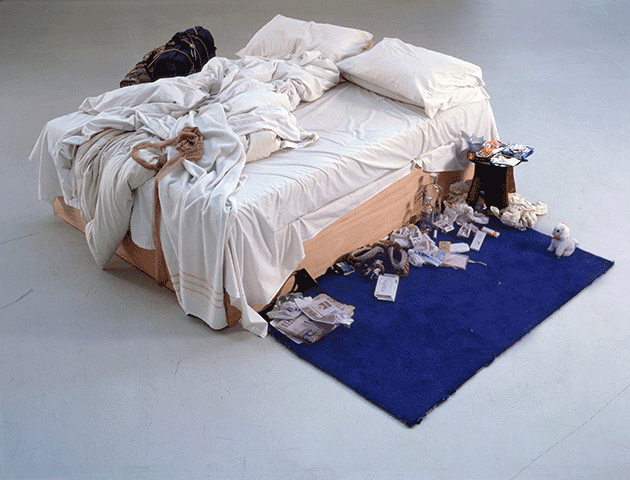 What is it about we British that we sneer at the ‘popular’? Americans have no such compunction. In the United States, a country founded on markets and innovation, it’s clear; what’s popular, sells – and what on earth can be wrong with that?

The widely popular is, by definition, regarded by a great number as ‘better’ than many alternatives. This is an uneasy reality for traditionalists, the guardians of culture and craft. To them, the pursuit of the ‘popular’ is synonymous with the pursuit of whimsy, of throw-away appetites and tastes. In the 1950s, as waves of American music arrived through the radio, sung in a vulgar version of English, it described a happy post-war world and ignored the loss and sacrifice that had been endured to achieve it.

The allure of pop had begun, and so too had the offence it caused to the serious-minded.

Pop music, fast food, pop art marked the arrival of a new world order. It was fresh, democratic and accessible to everyone regardless of education. It was cheap and affordable for all. It was disposable for the same reason.

But does the continued enjoyment of sweet or salty popular things train our appetite away from good taste? Do we begin to prefer burgers over unprocessed foods, Coke over fruit juice, fake news over the real thing?

Roll the clock forward a few decades and out goes Debbie Harry and in comes Kylie. Out with vinyl and in with CDs. In comes the two halves of a cow or sheep by Damien Hirst, the dirty unmade bed of Tracey Emin. Sensational. Popular. Anybody holding a pencil is an artist. Everyone on TV, with their fifteen minutes of fame, is a pop star.

A decade or more further on and President Trump is in the White House. Undeniably populist, his policies seem dreamt up to provoke the maximum attention. They are delivered as Tweets and made as Executive Orders only to be discarded like disposable burger wrappers by the judiciary. Still, it’s fun, isn’t it? Does it matter? The ‘Leader of the Free World’ says (without being ‘braggadocious’ – his word not mine) he still gets the best TV ratings…

It could be a little worrying that the man with the most nuclear weapons in the world at his fingertips likes to keep all the attention on himself. He’s still popular though, for now. Let’s hope his demise on that ferris wheel of popularity is a safe one. 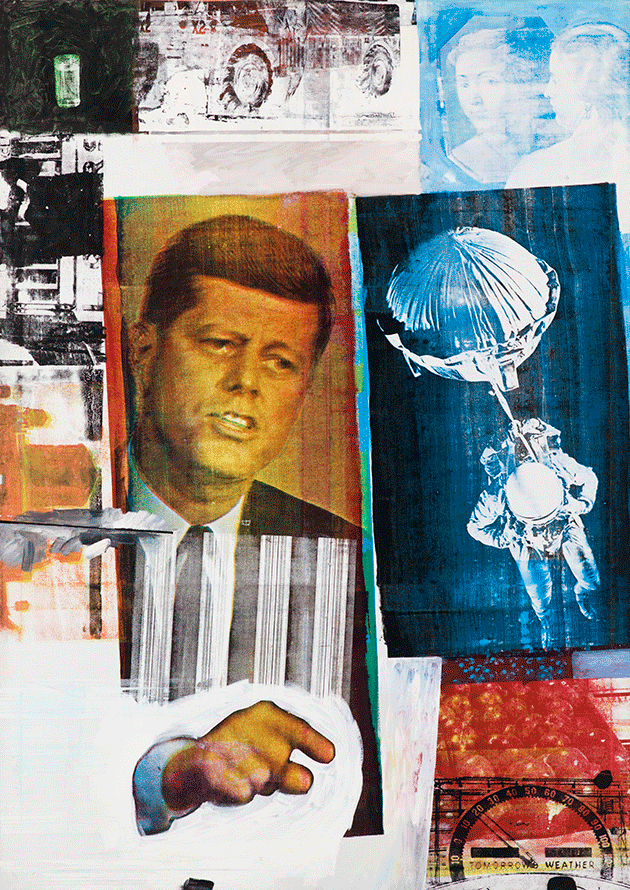 The pop art of Robert Rauschenberg made in the 1960s, has frozen in time the hopes and dreams of that age. His collages, placing clashing images together, tell a story almost like a piece of cinema. Retroactive II (1963), a silkscreen work, puts images of President Kennedy and the Apollo space program side by side with traces of classic paintings and other images nearby. This is popular, abstract Pop Art. It doesn’t easily fit into a shallow box of pop culture. It’s references, style and colour are layered and seasoned. It’s easy on the eye, accessible to the mind and yet there is a drama and tension in it, heightened by the assassination of President Kennedy that followed later that year. Rauschenberg’s art can be enjoyed at the Tate Modern until early April.

The reckless pursuit of the ‘popular’ at the expense of the ‘meaningful’ can have disastrous consequences because pop has powerful and widespread influence but no ethics. In January this year the film “Christine” opened to five star reviews starring British actress Rebecca Hall. The movie spotlights the life and tragic death of Christine Chubbuck in 1974, a TV News reporter who committed suicide live on air. Plagued all her life with depression and a macabre sense of humour she was working as a broadcaster at the small WXLT Channel 40 TV station in Florida. The mantra at the station had become “if it bleeds, it leads”; in order to attract the highest possible ratings – sensational headlines trumped quality journalism. The pressure was too much for Chubbuck and on 15 July 1974 she became the lead story.

Two years later, in the 1976 Sidney Lumet film ‘Network’, Peter Finch played fictitious TV Anchorman Howard Beale who vows to kill himself live on TV. The original script for Network by Paddy Chayefsky had already been started before Chubbuck’s suicide, including the intentions of Howard Beale. Beale, frustrated by the pursuits of the soulless, attention-seeking society in which ratings and popularity rule, famously incites viewers to lean out of their windows and shout “I’m mad as hell, and I am not going to take this anymore!”… and in unison, they do.

Network is coming to London, to the National Theatre. Breaking Bad’s Bryan Cranston will be playing Beale and the play is to be directed by Ivo van Hove following his successful run with Hedda Gabler on the Southbank. As a Donald Trump presidency became increasingly possible Cranston publicly stated that this would be something he couldn’t take at all and expressed his intention to leave the United States should it come to pass. Trump was elected and Cranston is heading to London – perhaps our instinctive suspicion of the popular will encourage him to stay.