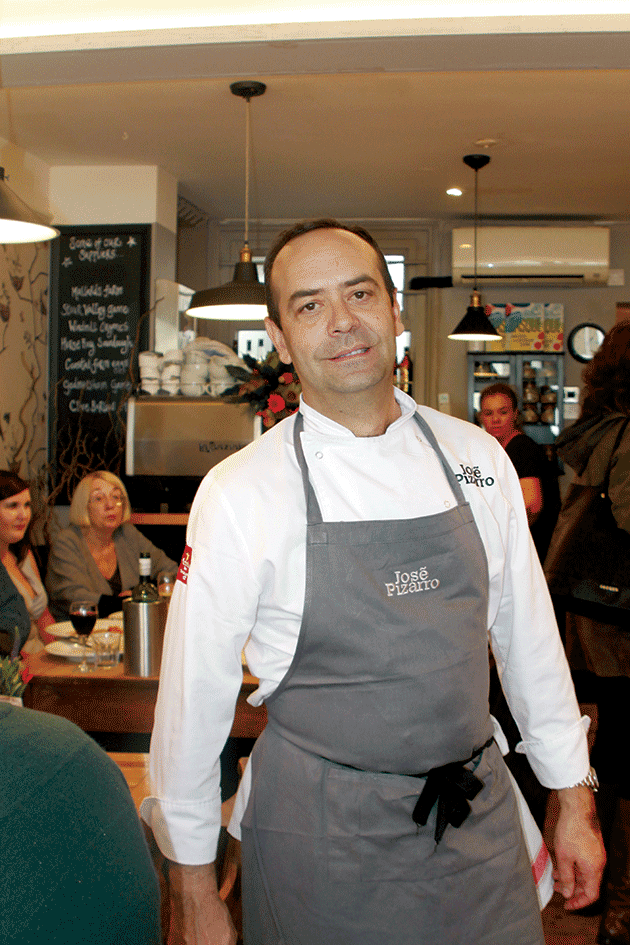 It’s always a pleasure to see José Pizarro, a warm and embracive man who creates around him a delicious food experience wherever he goes.

Always centre stage and gently, smilingly, directing the traffic of customers to tables, José is a master ‘composer’ of dining. He cuts a familiar figure to the people of Bermondsey Street, making his short walk between the small and ever-busy tapas bar José and his next equally popular venture Pizarro’s. 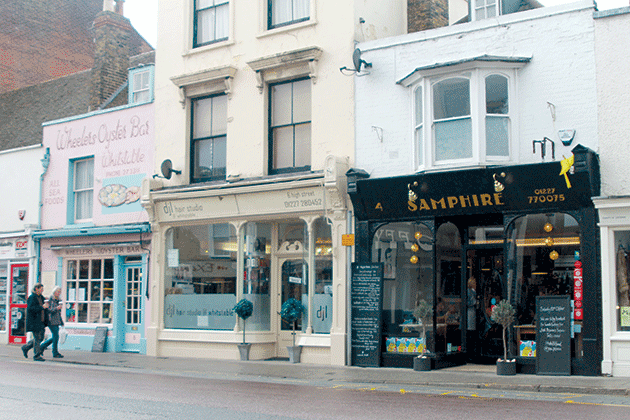 Samphire and the famous Wheelers Oyster Bar (pink) nearby

This autumn he was discovered in a less expected place. Head east from Bermondsey and out past Greenwich, an hours drive or train ride into Kent, and you will find a bolt hole on the coast known to increasing numbers; Whitstable. With a reputation for oysters and fresh fish this small town is becoming a weekend destination for Londoners in search of a lifestyle reminiscent of times before globalisation that is gaining a reputation for simple, honest food. Perhaps then it’s not such a surprise to find a great chef there.

Local restaurant Samphire had a take-over event and the guest chef/restaurateur was none other than José. Lunch and evening sittings were sold out and, though Whitstable has a pedigree of its own when it comes to food (the famous Whitstable Oyster Company, Wheelers fish restaurant and the Michelin-starred Sportsman included), José was definitely lending some extra Spanish elegance and flavour to the High Street.