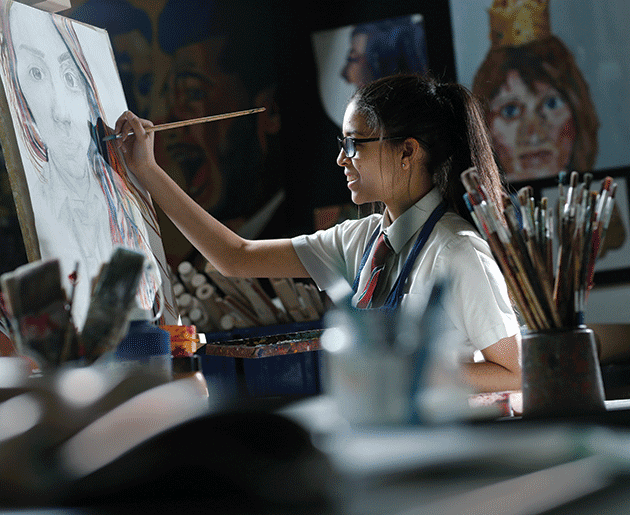 Excelling both inside and outside the classroom, Harris South Norwood and Harris Upper Norwood is a school full of energy and thriving. It came under new leadership when Nick Soar took over as Executive Principal in September. He joined from Bishop Challoner Catholic Federation of Schools in East London where, as interim Executive Principal, he presided over the school’s rise from an Ofsted rating of “good” to “outstanding” and on to “World School” status. Previously, Nick was principal of Bishop Challoner Girls’ School and before that he had worked in both the independent and state sectors.

Harris Upper and South Norwood academies are now fully amalgamated, but have entirely separate backgrounds with different histories, founders and locations. The roots of Harris South Norwood lie with the Victorian inventor, industrialist and philanthropist William Stanley. He made his fortune in the UK and America by designing and producing precision drawing, mathematical and surveying instruments and telescopes. This focus on science and innovation is at the heart of the schools now as they fuse the past of Stanley with the sponsor, Lord Harris’ own vision for constant improvement and enterprise.

And, 100 years after it opened, the school had another businessman and philanthropist, Lord (Philip) Harris, to thank for securing its future. In November 2007, it became part of the Harris Federation of academies. By joining the South East London-based Harris Federation, the most successful Academies Trust in England, the school was saved and rejuvenated.

It was a similar story with Harris Upper Norwood. As Westwood Girls College, it was rated the “worst” in Croydon borough in 2009 and put in special measures by Ofsted.

“Parents were pulling their children out of school. It was not attracting pupils or teachers,” said Nick Soar. “What Lord Harris has done is turn that around. What Harris does really well is they can bring in experts and consultants, so that there is better teaching and better training.” 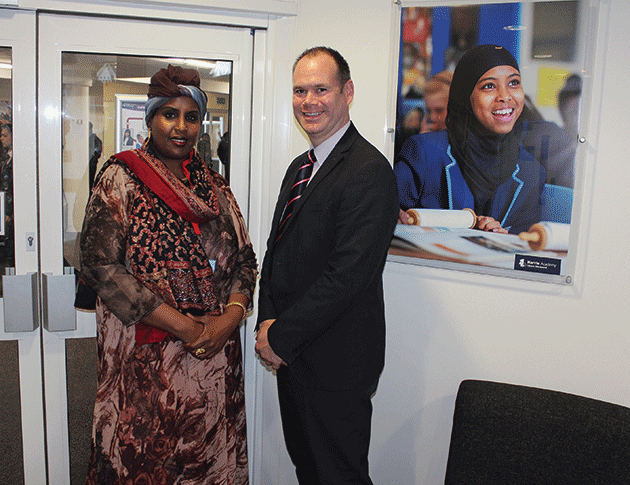 So much so, that by 2013 Harris Upper Norwood had become the “best performing” school in Croydon. Today, fully amalgamated, the schools have one staff and governing body. Under Nick’s overall leadership, Harris Upper Norwood’s Head of Academy is Gizle Landman, with Claudette Bergin Head at Harris South Norwood.

“We have a vision for every teacher, every student and every leader to be outstanding. We dream dreams for others here.

Last summer, 41% of the entire cohort gained an A*/A in English Literature a discipline usually seen as a mark of the very best independent schools. Elsewhere, 36% of students gained the Ebacc measure. This compares with a 23% national average for 2015.

At the same time, a strong 76% of GCSE students at South Norwood achieved A*-C grades in English and Maths. At Upper Norwood, the proportion of students achieving A*-C GCSEs in English and maths is a very good 55%, but pupils here made the most progress from their starting point than any child in Croydon.

This year, the government has introduced a new performance measure called Progress 8 which indicates the progress made by students in secondary school across eight key subjects. Based on 2015 national averages, South Norwood’s score is likely to be 0.55 and Upper Norwood’s 0.64. The national average is always set to 0, and these are outstanding scores. There were also excellent vocational results across both academies with very good rates for merit and distinction grades.

So, to what does Nick attribute this success? Firstly, he points to a culture of high expectations for all students, which underpins every development. Secondly, the school has flexible and creative approaches to teaching and learning that raises standards for all.

“Achieving excellence through enterprise” is our Mission Statement,” explained Nick. “We have a vision for every teacher, every student and every leader to be outstanding. We dream dreams for others here.

“We foster a culture of academic excellence, ambition and aspiration. All students – in particular, our most vulnerable – are nurtured and cared for in a holistic way. A positive ethos has been embedded around the focus on Business and Enterprise through which we equip all students with the best possible education, ensuring they are fully prepared to succeed in their chosen careers as constructive citizens of the wider society.”

Clearly, an academy ethos of encouragement is central to the promotion of good learning. The vibrant school has three “golden rules” for all students and staff: “I am here to learn”; “I have a positive attitude” and “I will make it happen”.

Nick summarised the recent transition of the school, “Our Sixth Form has grown to be the largest in the Harris Federation, from 43 students way back in 2007 to 450 in 2016. We are full in all other year groups and we believe this is a testament to the reputation and continued success of the academy and in particular the leadership of Ms Gizle Landman and Ms Claudette Bergen.”