the facts of History may be easier to know than the facts of the Future, but as George Orwell wrote in The Tribune on 4 February 1944 just before the Second World War ended, facts are written by the survivors of conflict:

“Did Trotsky plot with the Nazis? How many German aeroplanes were shot down in the Battle of Britain? Does Europe welcome the New Order? In no case do you get one answer which is universally accepted because it is true: in each case you get a number of totally incompatible answers, one of which is ﬁnally adopted as the result of a physical struggle. History is written by the winners.”

Let’s set out some of the more simple historical facts about European integration that are agreed on all sides of the debate:

1951 – Treaty of Paris creates a Coal and Steel Community between Belgium, the Netherlands, Luxembourg, Italy, France and Germany.

1957 – Treaty of Rome creates the Economic Community, a reduction of Customs duties between those member states.

1963 – Charles de Gaulle vetoes a UK entry accusing Britain of a “deep-seated hostility” towards European construction. De Gaulle said “The present Common Market is incompatible with the economy, as it now stands, of Britain.”

1963 – Ankara Agreement initiated a three-step process toward creating a Customs Union which would help secure Turkey’s full membership in the EEC.

1967 – ECSC, EEC and Euratom merged, creating a community of industries.

1985 – Delors Commission begins a deeper integration between members paving the way towards a single currency. Greenland has a referendum and votes to leave the EEC.

1986 – Single European Act is introduced giving the European Parliament real powers of legislation for the first time; Accession of Portugal and Spain; the European flag is adopted.

1992 – Maastricht Treaty formally called the Treaty on European Union – The European Union is born and the Euro was proposed as the common currency. Denmark and the UK are not included in the EMU (European Monetary Union).

1993 – Copenhagen criteria establishes the rules for further member states joining, namely; a state must preserve democratic governance, human rights, have a functioning market economy and accepts the obligations and intent of the EU.

1995 – Accession of Austria, Finland and Sweden to the European Union.

1999 – Fraud in the Commission results in resignation at the top.

2005 – France and the Netherlands have a referendum and reject the Constitution.

2007 – Accession of Bulgaria and Romania.

2009 – Lisbon Treaty abolishes the three pillars of the European Union and gives the European Parliament greater powers over legislation in all member states. 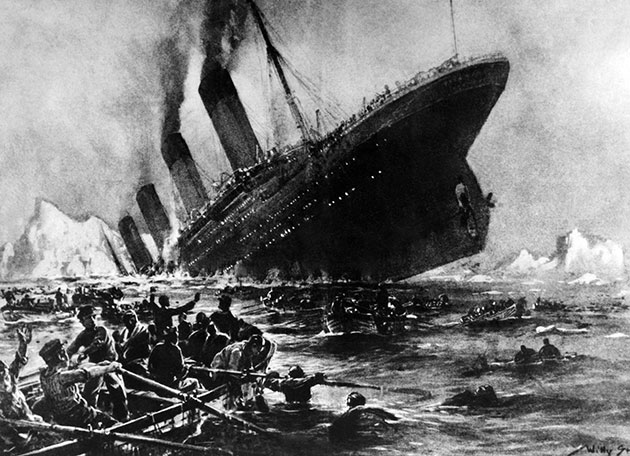 The Titanic, the world’s most famous sinking ship to date

… Historical ‘facts’ that most would agree upon, followed in this edition of The River with comment about the future and our EU Referendum choices: