everywhere you turn these days you seem to see a coffee house, huge chain or independent refurbished van, this black gold in cardboard cups is passing everybody’s lips. You might be forgiven for thinking that coffee is another invasion of Americanism or continental culture that has taken over London, but you’d be quite wrong, for coffee has shaped London immeasurably over many hundreds of years. 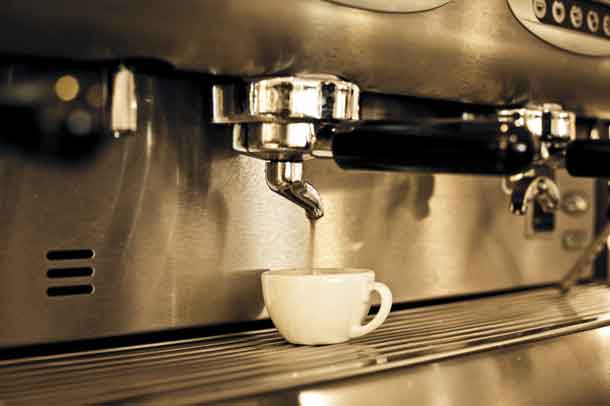 Back in 1662, a Greek entrepreneur named Pasqua Rosee who had experienced the drink in Turkey, brewed some on his return for his employer and some friends. So amazed were they by the rejuvenating qualities of this bitter liquid that they insisted (probably very enthusiastically) that Pasqua set up his own stall and sell to the public. Within weeks, the tavern and restaurant owners were looking on in envy as queues snaked along to London’s first coffee cart in a muddy churchyard in Cornhill.

“Once you go to proper coffee, you can’t go back – Hugh Laurie

Immediately there was an explosion in the city and one penny coffee houses sprung up everywhere frequented by the great and good such as Samuel Pepys and Jonathan Swift as well as the not so good like those who were arrested for plotting the assassination of William III inside the Royal Exchange.

Seen as an alternative to alcohol, coffee houses were places for political debate and reviewing the latest books or plays, where intellectuals stimulated their minds and honed their arguments. Indeed the first stocks and shares were traded within the walls of one of these hives of activity.

But that coffee, new and exciting as it may have been, is nothing compared to the sumptuous and complex drink we find in London today.

The coffee that has made a comeback on the modern city streets is an entirely different beast. Having been around the world and come back, we now get to sample a complex blend of beans from different continents and cultures, all of which bring their own flavours to the beans that they provide.

This produces a drink that can give flavours ranging from peanut butter and stewed fruits to caramel and guava, a food lovers dream. There are now over 20 roasteries of varying sizes in London, all offering their own blends of beans from as far afield as Ethiopia and Costa Rica.