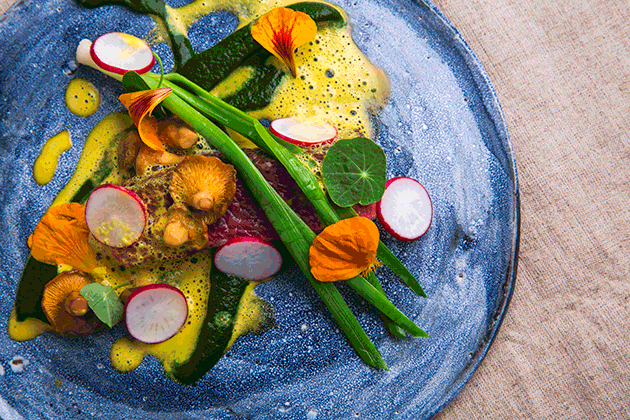 Dynasty by Jay brings the exotic flavours of East Asian cuisine to Great Guns Social, offering a plant-forward menu including a delicious Bowl Roll, seaweed flatbread with kimchi butter and Korean slow-cooked jackfruit. It’s a menu drawn from years spent in Asia and given a contemporary twist by Morjaria, whose ideology sees him beginning every dish with vegetables, though a few dishes contain meat to satiate the appetite of the carnivores amongst us.

The menu is complemented by a cocktail offering from Great Guns Social and also sees a collaboration with Kanpai London Sake – the UK’s first sake brewery – whose unique take on the traditional Japanese tipple provides the perfect match for Jay’s offerings. While Jay’s influence is drawn from the other side of the world, fodder’s head chefs Michael Thompson and Ollie Downey find their flavours from much closer to home – in fact, their ingredients come from the parks, heathlands and greenery of London and its surrounds.

fodder, who take over the Great Guns Social kitchen on March 20, celebrate local, wild and seasonal ingredients by foraging for their produce and working with local suppliers to create dishes sourced from the surrounding area.

“‘fine dining gone wild’, stems from a desire to work closely with a community of local producers and craftspeople to deliver a truly localised experience

Former Fera at Claridge’s chefs Thompson and Downey joined forces with fodder co-founders Louise Stapley and Jenny Novitzky to create a string of wildly successful pop-ups. Their offering, playfully titled ‘fine dining gone wild’, stems from a desire to work closely with suppliers and a community of local producers and craftspeople to deliver a truly localised experience. And their stint in the Great Guns Social kitchen will be yet another jewel in the crown of Borough’s most exciting new restaurant. 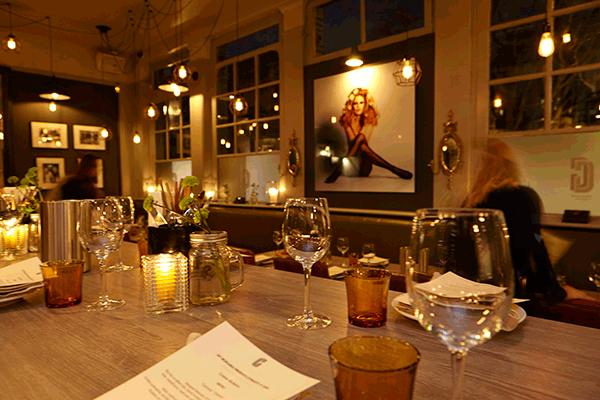 Past residencies have included the hugely well-received Khalid Dahbi and food author and chef, John Gregory-Smith, who both offered unique takes on Moroccan cuisine. The brilliant JUMA Kitchen also took over Great Guns Social’s menu with their Iraqi cuisine and social media influencer Clerkenwell Boy hosted a charity brunch for his charity, Cook For Syria.

With more huge names lined up for 2018, Great Guns Social is quickly making its name as the go-to destination for London’s foodies.