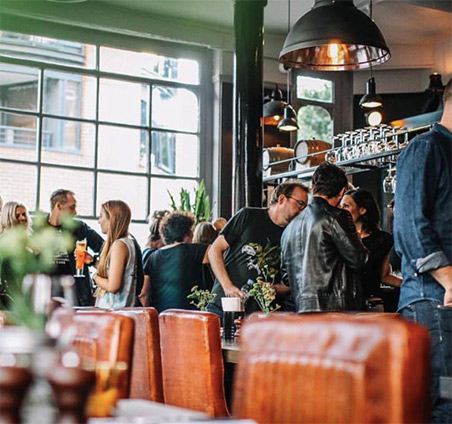 Hidden behind the unassuming facade of a former public house on Southwark Bridge Road, the restaurant will champion talented chefs through residencies, ensuring an ever-changing menu from the country’s established and upcoming talents.

Laura Gregory, founder of the global content and music video company Great Guns, says of her new venture: “This is our first full time venue. We are known for our pop-up restaurant events, led by chef Maria Elia and wanted to expand that offering in SE1, an area close to my heart.

“Great Guns is well known for championing young creative talent and so it seemed a perfect fit for Great Guns Social to be championing exciting chefs, carefully guided by Maria.” 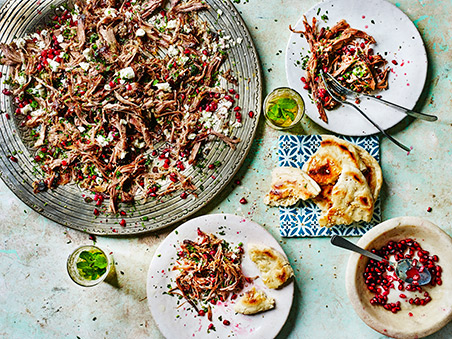 Born in Rabat, Morocco, Dahbi brings an innovative and playful twist on local Moroccan dishes that would be the centrepiece of social gatherings at his family home. Utilising core traditional flavours, while using the best of seasonal British ingredients and produce, his modern Moorish dishes are colourful, full of flavour and great for sharing. Dishes Dahbi brought to Great Guns include a Slow Cooked Shoulder of Lamb Tagine with saffron, Ras el hanout and quince or the Grilled Fillet of Atlantic bream, with shallots & preserved lemons. For vegetarians, there are more choices including a Cauliflower Zaalouk, with pine nuts, coriander, chili & mint oil and a Confit Aubergine, with tabbouleh, pomegranates, seeds & balsamic. 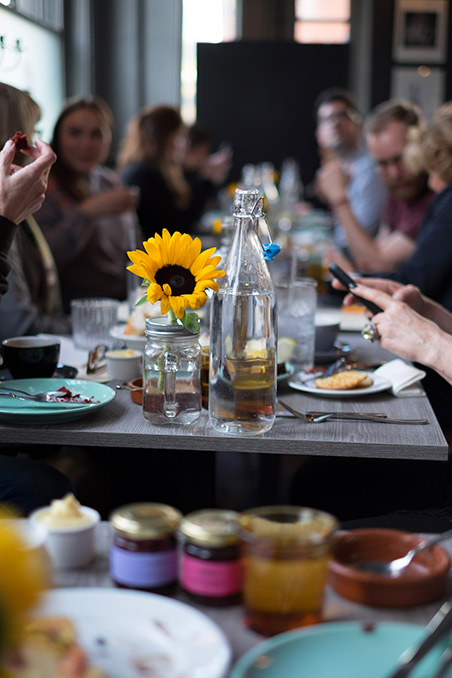 Other mouthwatering pop-ups included a sold-out, week-long residency by best selling food writer and chef, John Gregory-Smith, who created a culinary journey from the Atlas Mountains to the royal kitchens of Fez; a unique taster menu consisting of traditional dishes learned from Moroccan tribespeople and villagers.

And JUMA Kitchen brought a taste of Iraq to the people of London, with a hugely popular one-day pop-up celebrating Ottolenghi-style cooking.

But while food is at the centre of Great Guns Social’s offering, it’s also a place to relax and work your way through the carefully selected beer, wine, and extensive cocktail list by mixologist Ash Lambert. Using home-made, slow-aged syrups and jams lovingly made with ingredients from nearby Borough Market, the cocktail menu is as unique and adventurous as the food – and devilishly ‘Moorish’.

The venue operates as a serene hideaway during the daytime, with a team of baristas on hand to fuel those meetings, catch-ups and long lunches.