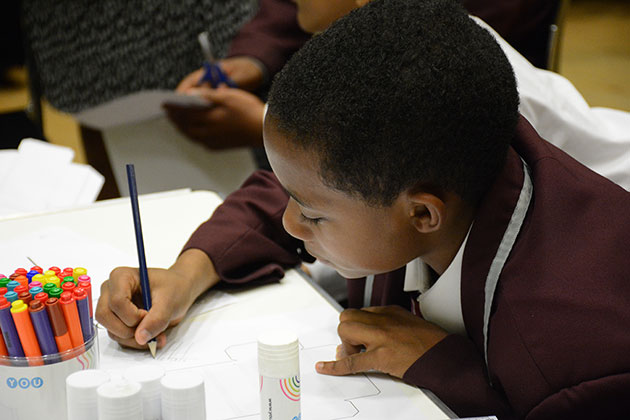 Parents in Lambeth and Southwark have a unique opportunity to enrol their children at one of the fastest-growing and increasingly-successful schools south of the Thames. They can now take advantage of the limited spaces still available for this September’s Year 7 intake at Harris Academy South Norwood.

Although the co-educational school is in the adjacent borough of Croydon, there are good travel links for students in the north west of Lambeth and the south part of Southwark. Situated on two sites in the north of Croydon, the school is only a short journey away, well-served with a large number of buses to both the Upper and South sites, while trains from London Bridge and Victoria go through the nearby Norwood Junction. With such good travel links from both boroughs, the Academy would particularly suit Year 6s currently in Lambeth (Crown Lane, Paxton and Kingswood) and Southwark schools (Langbourne and others).

The Academy was originally two separate schools on different sites but in 2007 Harris Upper and South Norwood Academies became part of the South East London-based Harris Federation of Academies, the most successful Academies Trust in England.

Today, fully amalgamated as Harris South Norwood, the schools have one staff and governing body covering the twin sites which house 2,000 students. It came under new leadership with Nick Soar taking over as Executive Principal in September 2016 and alongside him are Gizle Landman, South Norwood’s Head of Academy, with four senior Vice Principals, Robin Manners, Rob Hitch, Dan Blakemore and Chantelle Coates.

Nick Soar explained, “The benefits of having an established school of our size means we can provide a broad and balanced education, both in terms of the academic curriculum and outside it. In a world of tightened budgets we can continue to offer subjects and other areas of enrichment that other schools cannot.”

“Furthermore, the two sites not only offer a ‘single campus’ feel but enable us to provide small class sizes.”

The school ensures that new students settle in, even before they arrive for their first term. Once they start, there is a whole range of induction activities along with close pastoral care from staff plus a close relationship between seniors and juniors such as ‘buddying’ with prefects and student leaders. A focus on science and innovation is at the heart of Harris South Norwood which in 2013 had become the “best performing” school in Croydon. 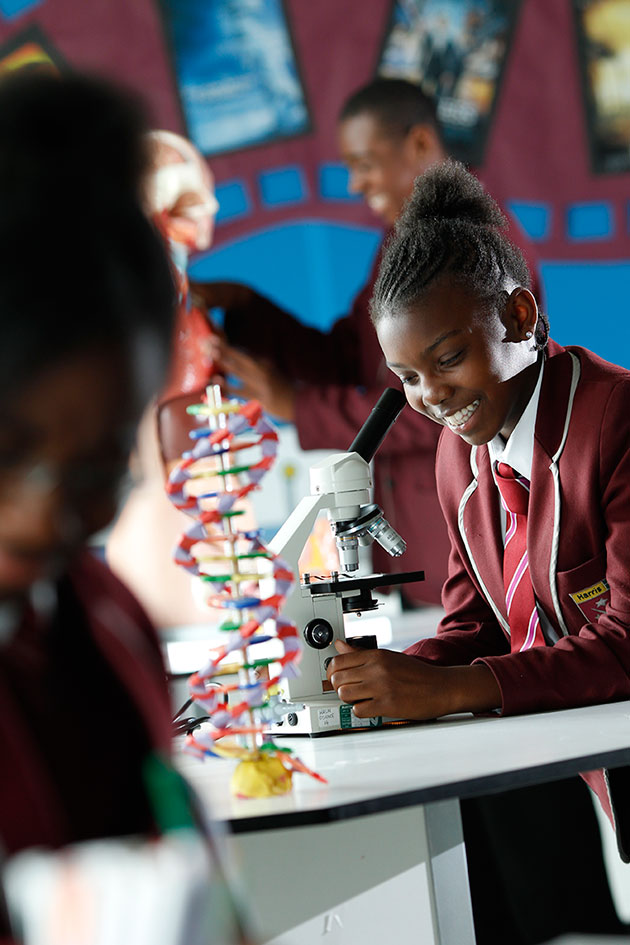 Over recent years there has been an impressive improvement in performance. In 69% of cases the % of students gaining A*/A grades has more than doubled; 17 students gained at least 6 A*/A grades. At the same time, a strong 76% of GCSE students at South Norwood achieved A*-C grades in English and Maths.

This year, the Government has introduced a new performance measure called Progress 8 which indicates the progress made by students in secondary school across eight key subjects. Based on 2015 national averages, South Norwood’s score is likely to be 0.55 and Upper Norwood’s 0.64. The national average is always set to 0, and these are outstanding scores.

Nick Soar believes this success is down to a culture of high expectations for all students, which underpins every development plus the school’s flexible and creative approach to teaching and learning. Outside the classroom, many extra-curricular activities are on offer; football, basketball, rugby, athletics, table tennis and trampolining. In addition, students can take various classes in music, art, film and theatre clubs.

Parents and students in Vauxhall, Waterloo, Borough and Bermondsey may want to consider setting their sights on achievement, rather than the nearest convenient school. As Nick Soar, Executive Principal, puts it, “We have a vision for every teacher, every student, and every leader to be outstanding. All students – in particular, our most vulnerable – are nurtured and cared for in a holistic way.”

Harris South Norwood is happy to see parents of prospective students throughout the year, holding Open Mornings every Thursday 9am-10.30am.

The deadline for applying for September enrolment is 31 August, after that date parents need to apply as an in-year admission.