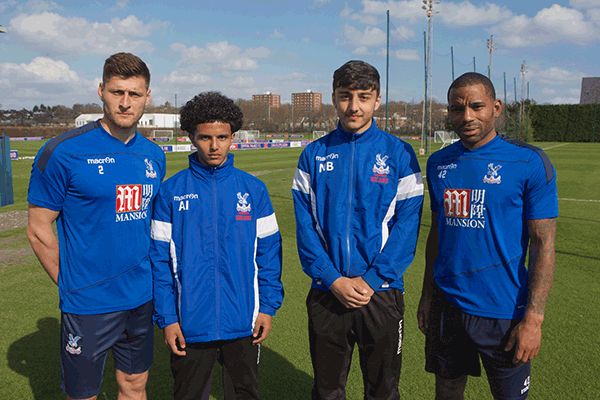 Harris Academy South Norwood’s mission is to improve grades and life chances, while turning out model, humble citizens. To fulfil this, the school makes an unrivalled promise to students:

“Whatever study or career path you want to follow, we have the right choices for you through our three very different, but equally ambitious, routes for your future.”

This is brought about by an innovation in courses fully reflecting the school’s motto of “Excellence through enterprise”. The academy offer is:

* Sixth Form Academia: tailored to those looking for a Russell Group university education including Oxford and Cambridge or at other top universities worldwide
* Sixth Form Professional: for those wanting credible qualifications that universities recognise and respect, or which lead directly to their careers of choice
* Sixth Form Virtuoso: a bespoke programme for those seeking careers either in the arts or sport

To ensure that the course fits a student’s plans and aspirations, detailed discussions take place at a pre-entry meeting. During the course, careers consultants advise about applying for higher education, application forms, entry qualifications and career prospects. There is also vocational advice on applications, CVs and interviews.

And the success of the sixth form in matching talent to opportunities was acknowledged in an Ofsted report last autumn, which confirmed the school’s “outstanding” status once more.

Around 400 sixth-form students are based over two sites at South and Upper Norwood, which is seen as a hugely-positive factor. At a time when a lot of sixth forms across the country are shutting down or cutting subjects, the two sites offer a range of A-levels.

The academy has a blended curriculum of A-levels and vocational qualifications. Mathematics, Further Mathematics, all the Sciences are offered as well as vocational/A-level courses relevant to the world of business and commerce – for example, Accounting, Economics, ICT and Business. These are complemented by a wider range of courses including modern foreign languages.

Another key factor in the school’s success is that the 2 campuses are part of the Harris Federation, the most successful Academies Trust in England. This brings huge benefits, such as pooled expertise among teaching staff and a wider range of subjects on offer.

Not surprisingly, the 2017 exam results across the Harris Federation were the best ever. Its A*/A grades rose from 12% to 17% with an average grade of Distinction* in vocational qualifications. Recent university destinations include Sheffield, Bristol, Warwick, Leeds and Southampton. At the same time, students entered into exciting apprenticeships at TfL and Microsoft.

Sixth-form life is balanced with clubs, societies, trips and social events throughout the year. There are big sports connections, too. The school works in partnership with Crystal Palace FC via the club’s Palace for Life Foundation.

Its Football Academy programme provides the opportunity for sixth form students to develop their skills and learn about the game while studying full time. Foundation coaches deliver the syllabus, involving tactical, technical, psychological and physical attributes from which the sixth-formers gain valuable football experience. The teams compete in the National Football Under-19s Youth League and the National Colleges League.