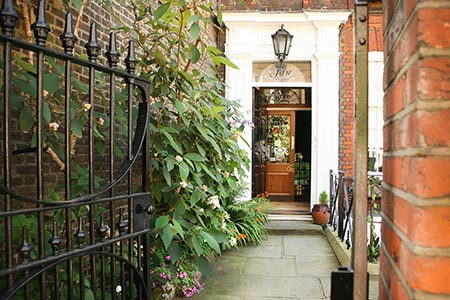 Step inside the handsome Grade II listed Georgian townhouses in the heart of historic Greenwich that are home to The Fan Museum and discover a world of elegance and style. Lovingly restored inside and out, the museum opened to the public in 1991 and remains something of an undiscovered gem. It is also the only museum in the UK entirely devoted to the history of fans and the craft of fan making.

The ground floor is dedicated to a permanent display that serves as an introduction to fans: their history, manufacture, types and sources. The first floor is dedicated to special exhibitions curated by Museum Founder Helene Alexander and Jacob Moss, which change every three to four months. The current exhibition is a dazzling display of feather fans from around the world entitled ‘A Bird In The Hand’. 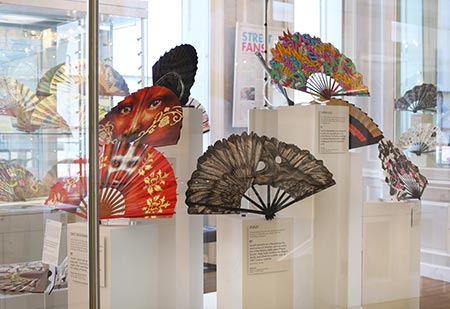 Colourful ostrich feather fans evoke the glamour and decadence of the 1920s while fans incorporating the plumes of game birds hint at Edwardian aristocracy. Feather fans were especially fashionable in the late nineteenth and early twentieth centuries and hence feature prominently in the display. Given their lightness and natural function, it is unsurprising that fans incorporating the plumage of birds have a long history, stretching back thousands of years. In fact, the museum’s earliest fan, at least 1,000 years old, is tipped with macaw feathers and will be displayed for the first time in several years. 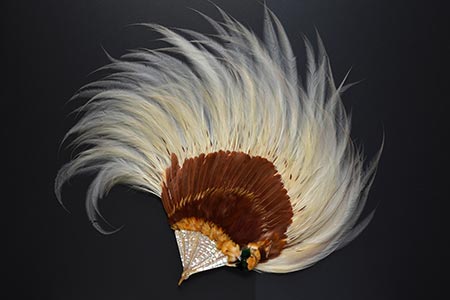 The centrepiece of the exhibition is an exquisite early twentieth century jay feather fan on tortoiseshell sticks, generously lent by The Fan Museum’s esteemed patron, HRH The Duchess of Cornwall. 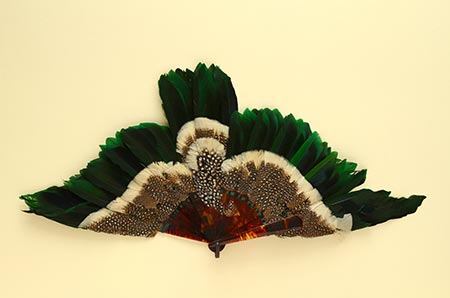 In support of the exhibition a programme of lectures will include guest speakers from the Horniman Museum and Historic Royal Palaces. The exhibition runs until 23 September.

The museum’s collections comprise in excess of 5,000 objects (though not all of these are on show at the same time) and includes fans and fan leaves dating from the 12th century to the present day, rare books and fan-related artefacts.

Among the museum’s many treasures are works by fine artists including Paul Gauguin, Salvador Dali and Walter Sickert. From France, generally regarded to be the epicentre of Western fan making, the museum has extended fan leaves painted with detailed depictions of life at the Court of Louis XIV. Fans from the East are also well represented within the collections and include a twelfth century Chinese pien mien, seventeenth century export brisé fans painted with curious depictions of European traders (as seen through the eyes of Chinese craftsmen), and several Japanese ‘war fans’ – originally intended for use on the battlefield, and used as signalling devices.

It is worth adding that on certain days of the week, in the charming Orangery and over-looking a ‘secret’ garden in the Japanese style, Afternoon Tea is served. Delightful. 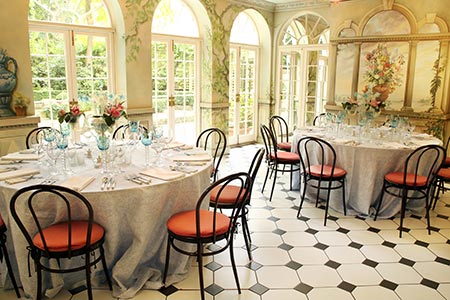 For more information about the two exhibition-related lectures, details can be found online at www.thefanmuseum.org.uk/events