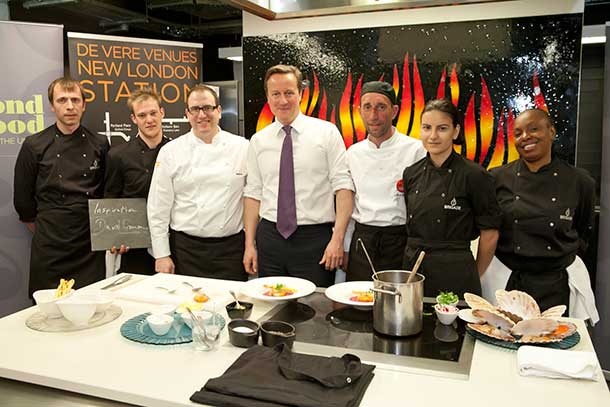 in 1863, a vicious, unrelenting fire began at Cotton’s Wharf and consumed most of the surrounding area during the two weeks it raged. As great a blaze as London had seen since Pepys’ day, it led directly to the creation of London’s first official fire brigade in 1865, and the establishment of a fire station on Tooley Street. 150 years later, the fire service has left – at street level, you’d recognise it as the recently-opened Brigade restaurant – but the beautiful Victorian building continues to do great work for its local community.

The world’s biggest accountancy firm, PricewaterhouseCoopers, owns the now-listed building. Five years ago, when PwC moved into their new offices at the glamorous and socially-conscious MoreLondon complex, David Adair,  PwC’s head of community affairs, lobbied to transform the old fire station into a base for an innovative range of social enterprises which could benefit both the SE1 area and the entire country.

“Although most of our employees were from the leafy suburbs of Tunbridge Wells,” smiles David, “we were one of the first companies to come south of the river 20 years ago, when only the Financial Times was here, and we became engaged in the local issues of low literacy and numeracy, helping people from Peckham and Bermondsey into jobs.”

Above the Brigade bar and bistro lives the Beyond Food Foundation, which was set up by chef Simon Boyle after he came back from the tragedy of the 2004 tsunami fired by a zeal to turn his catering business into something more useful. In partnership with PwC, who supplied some start-up funding and mentoring, The Foundation trains people who are either homeless or at risk of homelessness, referred from over 70 organisations around London, to become commis chefs by cooking for the restaurant.

“We give them holistic support,” says the Foundation’s CEO Rachel Lock, “and mentor them on a one-to-one basis, help them deal with anything that has prevented them from moving back into employment. We help them improve their communications, learn about health, nutrition, diet, so they can train, get mentoring, professional-level qualifications and gain employment. They spend six months here then another six months in placements with our employer partners. After a year they should have the skills, qualifications and personal strength to move onto an independent life.” 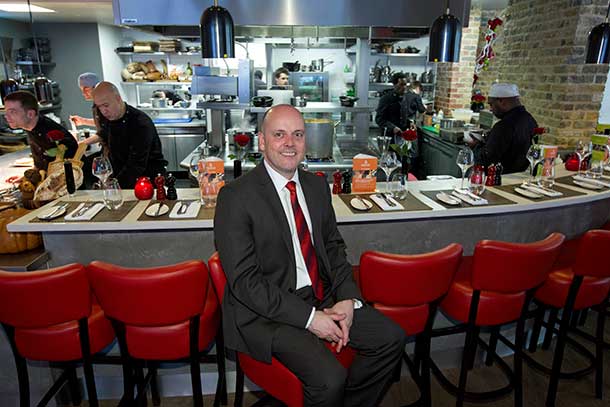 “Social enterprise has to come from the community. They can offer local solutions to local problems

Not everyone completes the course or becomes a chef, but in the first 12 months BFF and PwC helped 43 referrals gain full-time employment. One success story is Nick Connor, a 39-year-old Glaswegian who had found himself in trouble due to chronic alcohol abuse.

“I’d left Glasgow in 2005 for a new start,” recounts Nick, “but soon found that nothing changed. I took me with me. I had about five different jobs, lost them all, and I was at St Mungo’s hostel in Hither Green, after a period of living on the streets.”

Now, he credits Beyond Food and the Bench Outreach project with saving his life. He’d always enjoyed cooking, and he signed up for a six-week course just to keep himself busy and away from temptation. “It gave me a bit of hope,” he recalls now. “People were dying in that hostel. There wasn’t anything out there for them.”

Although it might seem that kitchens and restaurants aren’t the best place for recovering alcoholics, the discipline, creativity and collaboration in kitchen work inspired Nick. He became one of 14 chosen for the initial Brigade apprenticeships when it opened in autumn 2011, and he’s since graduated to becoming a chef de partie at the South Bank Canteen restaurant, who give him a day off a week so he can volunteer and offer similar help to the homeless that he was given. He’s been sober 11 months now.

With an average age of around 35, the apprentices the BFF take on are much older than the government-standard for apprenticeships, but they are often even more grateful for the opportunity. Although the wide span of ages, from 18 to 55, means that Brigade receives little government funding, the success of the restaurant’s first year has seen it move into profit which can be reinvested into the expanding setup.

Also in the building is PwC’s Centre for Social Impact, which helps share best practice in the sector, Social Enterprise UK, the national body for promoting the work of social enterprises, and the School for Social Entrepreneurs, which offers training, support and mentoring.

“We work with a guy called Junior Smart, he’s got a long criminal record,” David says. “He runs the SOS Gangs project, which works with a lot of young black males – he meets them at the prison gates and offers mentoring. His [clients’] reoffending rates are minimal compared to much larger charities, and the impact is much more measurable too. We feel that social enterprise has to come from the community. They can offer local solutions to local problems.”

At a time when local authorities are cutting their budgets, it’s becoming increasingly important that companies which make so much money in a huge, powerful city like London take their corporate social responsibilities seriously. Few, though, are as innovative or successful as PwC. Hopefully many others will follow their lead.

If you are interested in becoming a mentor or volunteer for PwC, or giving time or money to support the Brigade, please visit
www.thebrigade.co.uk/about-us/beyond-food-foundation

To get in touch with Beyond Food Foundation,
contact Rachel Lock on 020 3667 7205
or email Rachel@beyondfoodfoundation.org.uk 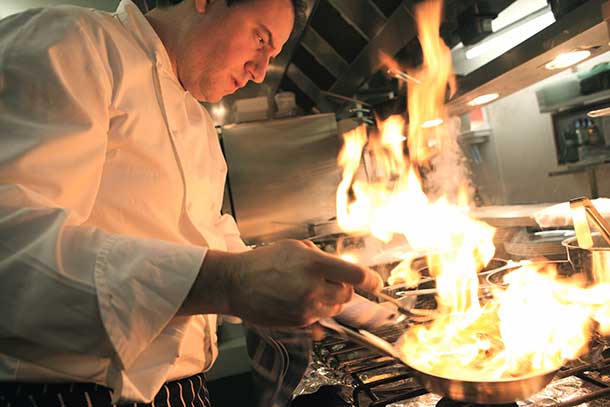