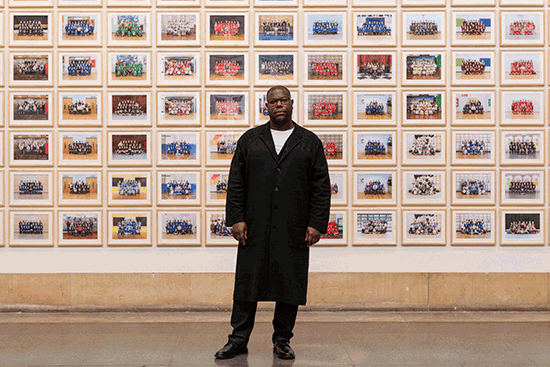 Rembrandt’s Light
To 2 February
Experience a cinematic retelling of the Dutch Master’s pivotal years… An enduring storyteller; a master of light – Rembrandt is one of the greatest painters who ever lived. This landmark exhibition celebrates 350 years since his death with 35 of his iconic paintings, etchings and drawings, including major international loans from The Louvre and Amsterdam’s Rijksmuseum.

Unlocking Paintings: Artists in Amsterdam
To 12 January
During the 17th century, Amsterdam became a new economic superpower in Europe, providing a wealth of opportunities for young painters to make their mark. This display explores the personal stories of key artists from our Collection; including works by Meindert Hobbema, Jacob van Ruisdael and Willem van de Velde II. Explores tales of invention, ingenuity, fortune and loss, all against the backdrop of an ambitious, fast-moving city.

LONDON ART FAIR
22 To 26 January
London Art Fair returns to the UK capital to open the international art calendar. The Fair connects seasoned and aspiring collectors with the best galleries from around the world, providing an opportunity to discover exceptional modern and contemporary art. In addition to over 100 exhibiting galleries, the Fair features acclaimed curated spaces too.
Tickets £22, £17 in advance.

HAYWARD GALLERY
Bridget Riley
To 26 January
Tracing both the origins and the evolving nature of Riley’s innovative practice, the exhibition brings together the artist’s iconic black-and-white paintings of the 1960s, expansive canvases in colour, early figurative works and recent wall paintings.

Bloomberg New Contemporaries 2019
To 23 February
Bloomberg New Contemporaries returns to the South London Gallery with an exhibition of works by 45 emerging artists presented across both the Main Gallery and Fire Station. A guest panel comprising artists Rana Begum, Sonia Boyce and Ben Rivers selected participants from over 1,500 applications to the annual open-submission exhibition.

John Opie
To 23 February
Against the odds, working-class Cornish painter John Opie (1761–1807) became one of the most celebrated artists in late eighteenth-century London. Opie was born at St Agnes, near Truro in Cornwall, the son of a mine carpenter. Although he did attend school, he was probably largely self-educated. A wealthy local couple later reported that he visited the library in their house and ‘read every book in it’. But Opie’s father opposed his intellectual and artistic interests, and trained him as a carpenter.

William Blake
To 2 February 2020
William Blake was a painter, printmaker and poet who created some of the most iconic images in British art. Inside the exhibition will be an immersive recreation of the small domestic room in which Blake showed his art in 1809.

Mickey Leckey: O’ Magic Power of Bleakness
To 5 January 2020
An ambitious large-scale exhibition by the Turner Prize winning artist composed of new and existing work, this exhibition is an atmospheric, theatrical experience of spectral visions, sound and video. Mark Leckey transforms Tate Britain’s galleries with a life-size replica of a motorway bridge on the M53 on the Wirral, Merseyside, where the artist grew up.

Rebecca Horn
To 2 February
Objects take on a life of their own in Rebecca Horn’s work. Her interest in out-of-the-ordinary movements has led Horn to develop mechanical sculptures. The objects in these works often act in unexpected ways. By the 1980s Horn was making works large enough to surround the viewer, turning her sculpture into tense animated environments.

Steve McQueen
13 February to 11 May
Steve McQueen is one of the most important artists, film-makers and screenwriters working today. Over the last 25 years McQueen has been influential in expanding the way in which artists work with film. He has been the author of some of the most seminal works of moving image designed for gallery-based presentation, as well as four films for cinematic release, Hunger (2008), Shame (2010), 12 Years a Slave (2013) and Widows (2018). McQueen’s works are poignant provocative portraits of time and place, which turn his unflinching eye to urgent contemporary issues.

Dora Maurer
To 5 July 2020
Maurer was at the centre of an independent community of artists, poets and musicians that championed their own culture outside of the official Hungarian system during the socialist period.

Olafur Eliasson: In Real Life
To 5 January 2020
In Eliasson’s captivating installations you become aware of your senses, people around you and the world beyond. Some artworks introduce natural phenomena such as rainbows to the gallery space. Others use reflections and shadows to play with the way we perceive and interact with the world.

Nam June Paik
To 9 February
Nam June Paik’s experimental, innovative work has had a profound influence on today’s art and culture. He pioneered the use of TV and video in art and coined the phrase ‘electronic superhighway’ to predict the future of communication in the internet age. It brings together over 200 works from throughout his five-decade career – from robots made from old TV screens, to his innovative video works and all-encompassing room-sized installations such as the dazzling Sistine Chapel 1993.

Dora Maar
To 15 March 2020
During the 1930s, Dora Maar’s provocative photomontages became celebrated icons of surrealism. Her eye for the unusual also translated to her commercial photography, including fashion and advertising, as well as to her social documentary projects. Her relationship with Pablo Picasso had a profound effect on both their careers.