We spend a huge amount of time at work, going to or from work, or thinking about work. We spend more time with bosses and co-workers than we do with our family and friends, and our relationships with them have a profound impact. What we do and say in the workplace matters, whether we are employees being told what to do, bosses telling other people what to do, or if we are part of that ever-growing class of worker that is the ‘contractor’.

When we have issues, disputes can arise in the workplace. Often ‘HR’ becomes involved to ‘deal with the problem’. While in all fairness HR processes can resolve some issues and put an end to disputes, mostly they tend towards a resolution that favours the employer. Dismissal, resignation, written warnings, performance improvement plans, all these are unpleasant and potentially confrontational things and unfortunately one or more of them often happen at the end of a workplace dispute.

There is no legal aid for Employment Tribunals anymore. So ETs are, for most employers and employees, an absolute last resort. Not only are they costly, they often take years to happen.

Workplace disputes cost businesses, organisations and above all people (be they employees, managers, or anyone else) a huge amount in stress, productivity and lost earnings. We are seeing more and more instances in small businesses and start-ups that team disputes can present an existential threat to the business when key players are involved.

At Collaborative Solutions we believe that early intervention through mediation is a way to head off issues and confrontation before they become unsolvable disputes. Even at a relatively late stage mediation can help you come back from the brink of a course of action that will probably be damaging for everyone concerned. We think it is much better to resolve a problem with a working relationship in place so that you can get on with your job and life.

It is never too early to think about mediation in the workplace, so don’t leave it until it is too late.

(All participants agreed to share their story, on the condition that neither they nor the company were identified.)

Alice works in a marketing department of 5 employees, in a new but fast-growing technology company. Her line manager and the other employees in the team are all male. Alice is a valued employee who is hard-working and creative. She recently won an industry award, of which she is justifiably proud.

Alice recently applied for promotion to Deputy Marketing Manager, but was passed over. The promotion went instead to one of her male colleagues, Tom, who has been at the company for a shorter time than her. Alice is convinced that she was passed over for promotion because she is female, and that Tom was promoted instead because he is a good friend of their line manager, Charlie. A formal complaint might follow and the issue was raised with HR. Fearing that a team rift could damage the company’s growth prospects a mediator was called in.

The mediator met separately with Alice, Tom and Charlie before the mediation day, speaking to each on a confidential basis. Alice explained that as the only female member of the team, she often felt excluded. She felt that work situations were discussed away from the office and decisions were often made in her absence. Following her industry award Alice felt that she was the natural choice for promotion.

On the mediation day, the mediator encouraged Charlie to reassure Alice and helped him find a way to deliver the reasons for her being passed over for promotion this time. He was able to do this tactfully and in a way which Alice accepted. In turn, Alice was able to share her feelings about being isolated from the rest of the team and left out of important decisions.

Working together in joint meetings with Alice, Tom and Charlie, the mediator was able to help the team agree how they could work together better going forward. A training plan was created with Alice’s agreement and input to help her prepare for promotion, and it was agreed that some of Tom’s client responsibilities would be shared with her. Once reached, the agreement was recorded in writing and signed by Alice, Charlie and Tom. With their permission, their agreement was also shared with HR. In a follow up meeting two weeks later all three reported that relations in the team were greatly improved, and that the whole team was working much more effectively together.

Research conducted by the Confederation of British Industry (CBI) and the Centre for Effective Dispute Resolution (CEDR) in over 600 UK businesses indicates that workplace conflict is costing British businesses and organisations £33 billion a year.

Only 49% of UK workers feel that their jobs afford them the opportunity to develop skills, and only 30% feel that they have good prospects of career development.

40% of UK workers reported some form of work-related illness or health issue. The largest categories apart from muscle, joint and back pain are sleep disorders, anxiety and depression.
(CIPD UK Working Lives Summary 2019) 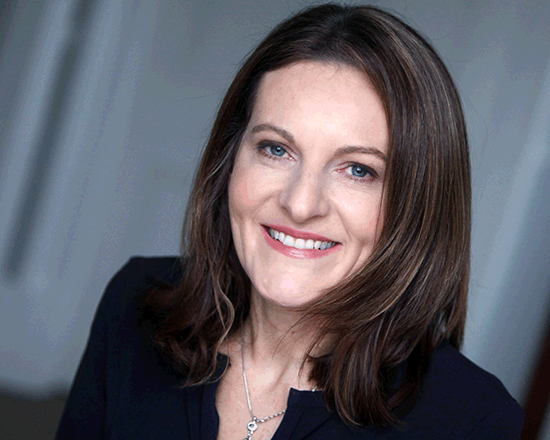 Emma started her professional life as a commercial dispute resolution solicitor, training and qualifying with Magic Circle law firm Allen & Overy. She later joined Herbert Smith Freehills’ disputes practice in Hong Kong as a solicitor and a mediation advocate. She experienced first-hand how the mediation process is used to find constructive solutions to disputes which satisfy all the parties’ needs, and avoid the irrecoverable costs, delay and stress of court proceedings.

From attending her first mediation as a trainee solicitor, Emma held a long-standing ambition to qualify as a mediator herself. In 2008 she gained accreditation with CEDR as a civil and commercial mediator. Since then, Emma has successfully mediated both in the UK and Hong Kong, from large commercial disputes to conflicts between neighbours.

She is a certified workplace mediator and a conflict coach, assisting organisations to resolve conflict between employees, management, and within teams. Emma is an experienced mediation trainer, having trained both mediation advocates who represent parties to mediation and aspiring mediators.

Emma enjoys travel and photography. When not mediating professionally, she spends her time mediating at home between her four children, and on muddy walks with her ludicrous Cocker Spaniel, Bella.