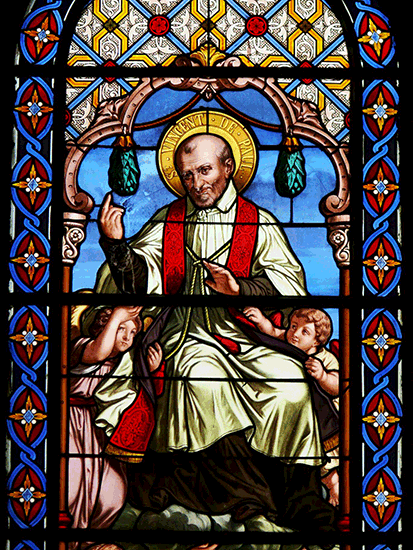 In Paris in 1833, a group of Catholic students from the Sorbonne University met regularly to discuss society and to pray. Other students ridiculed them, and asked what was the point of their thoughts and prayers when Paris was full of poor people living in need of the basics of life – food, shelter, warmth.

One of the group, Frédéric Ozanam, accepted the challenge and agreed it would be better to do something for people in need, rather than just praying for them. He persuaded his group to go out into the city and help. Their first charitable visit was to take firewood to an elderly man, living alone in a garret. The group called themselves the Society of St Vincent de Paul, naming themselves after the 16th century saint with a special devotion to the poor.

Frédéric Ozanam accepted the challenge to do more than just pray for Parisians in need and began the SVP with the first charitable act, delivering firewood to the elderly

“You pray for the hungry. Then you feed them.
That’s how prayer works.
Pope Francis

The St Vincent de Paul Society (SVP for short) spread across Europe and then across the world. Today there are about a million members in 150 countries and here in south east London the SVP is strong with about 60 groups. Their work is varied, reflecting the different ways people need support.

Right now SVP groups are preparing for Christmas, when their activities will include a Christmas Lunch for lonely and housebound people, delivering hampers for struggling families, toys for children and many visits to lonely and housebound people, so they’re not alone in the festive season. Local groups are organised around individual parishes though members don’t need to be part of any church to be involved. In south east London groups can be found in Battersea, Kennington, Peckham, Dulwich, Lee and Catford among others. 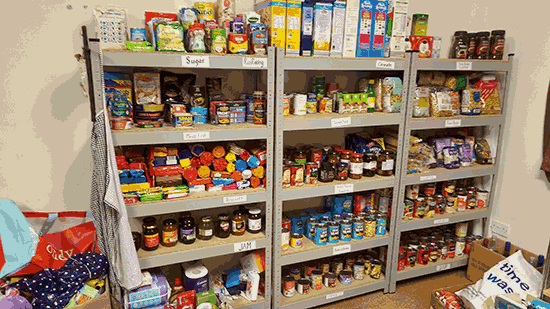 Early Saturday morning, two members visited a local supermarket to collect surplus fresh food, close to its sell-by date, and took it to the SVP Food Bank. Most food parcels go out on a Sunday morning, and the fresh food from the supermarket forms a welcome addition to those parcels.

On Sunday morning, SVP members went to their local church and collected all the Harvest Festival donations. The fresh food was added to the regular weekly food parcels, while tins and dry goods were boxed up and put in store until Christmas. Just before Christmas the stored goods, together with masses of fresh food bought closer to the day, will be made up into about 30 Christmas hampers and delivered to local families in need. At the end of Mass the Parish Priest appealed on our behalf for a fridge-freezer, and by the afternoon someone had phoned to offer a nearly new appliance.

On Tuesday, three members helped out at the parish Lunch Club, providing transport to housebound parishioners, chatting to the diners and helping with the washing up. Two other members paid their regular visit to a young man with psychiatric problems. These two are perhaps the least pious of the entire group but somehow they found themselves reading the Bible to their client. Week by week they have been steadily working their way through the gospels which they freely admit, they had rarely done before.

On Wednesday one of our members visited an elderly lady and painted her ceiling, making good a damp patch caused by a missing roof tile. We had previously arranged for the roof to be repaired, so this was the final touch to a referral given us by the Citizens’ Advice Bureau. Another member visited a young single mother to give her a grant towards the cost of a school trip for her daughter. A few weeks earlier we had helped pay for school uniform for this family, and for others too.

On Thursday evening, two members collected the fridge-freezer and delivered it to the young single mum. She had been referred to us by Social Services two weeks previously because she had no cooker, and no way of buying one. We bought her a new gas cooker and had it installed, and she cooked her family their first hot meal in three months.

St Vincent de Paul
Vincent de Paul was born in the small southern French town of Pouy, Gascony in 1581 and became a priest in 1600, at the age of 19. As a young man, he ministered to the wealthy and powerful, but an appointment as chaplain in a poor parish inspired him to a vocation of working with those most marginalised and powerless.

Vincent urged his followers to bring God’s justice and love to those who needed it most:

“Deal with the most urgent needs. Organise charity so that it is more efficient…teach reading and writing, educate with the aim of giving each the means of self-support. Intervene with authorities to obtain reforms in structure… there is no charity without justice.” 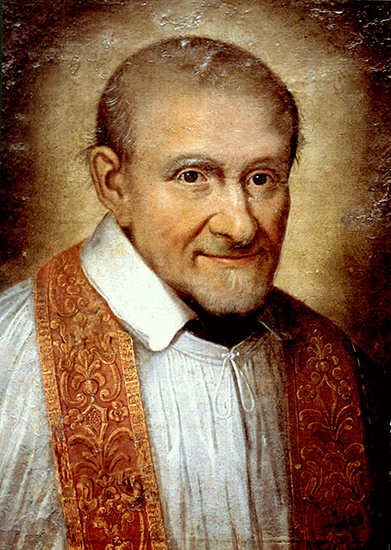 Vincent de Paul was canonised a Saint on 16 June 1737 and, in 1883, the Church designated him as the special patron Saint of all charitable associations.